Lightning Ridge Fossils are among some of the most amazing fossils found any where in the world.

At Lightning Ridge opal is usually found near the interface of the Wallangulla sandstone and the Finch clay facies (called the opal dirt). The opal is found on ridges surrounded by black soil plains.

Overlaying the opal dirt where the opal formed, are varying depths of sandstone and conglomerates, that were deposited by streams over a long period.

Opal at Lightning Ridge is found as "nobbies, in "seams", or as fossilised shells, bones or vegetation. These are located in a soft grey to buff coloured clay stone which turns white when it dries and hardens. Immediately above this clay level is a hard silicified layer known locally as the "steel band'. Sometimes opal is even found in this steel band.

At a time around 140 million years ago inland Australia consisted of a a large inland basin. This "Great Australian Basin" covered approximately 1.7 billion square kilometres. Also around this time, there were many dinosaurs living in the area. This basin also included a large inland sea with Lightning Ridge seemingly on the edge of this sea. Many streams and swamps also existed here. This large sea accumulated sediments from the many streams feeding it and these sediments eventually hosted the formation of opal. As plants, animals and shellfish died they became embedded in the sediments at the bottom of the sea and in the swamps. Some of these rotted away and formed cavities in the shape of the creature or plant and later silica seeped into these cavities forming opalised fossils in the shape of the original creature or plant. In some cases they were sealed off and didn't rot and the entire creature or plant, including organs were replaced by the seeping silica. (pseudomorphs)

Subsequently, sand and silt was washed into the sea by streams and covered this sea bottom with layers which over many millions of years formed extensive depths of sandstone and conglomerates.

At some stage one of the theories is that water, heavily laden with silica and other elements such as Aluminium, Iron etc seeped through the sandstone and into the layer which was once the bottom of the sea. It filled crevices and cracks and the cavities of the shells, plants and animals buried there and in some cases, when precise conditions were met, formed into opal.

The opal formed at Coober Pedy, Andamooka and White Cliffs formed under the salty sea as is evidenced by the fossilized shells at these locations being of the salt water variety. At Lightning Ridge fossils are of a freshwater variety indicating Lightning Ridge was not covered by the sea but rather by a swamp of fresh water.

The Ligtning Ridge fossils found here include dinosaur bones, plants, opalised wood, seeds, shells of many freshwater varieties, teeth and many others.

I have been lucky to buy some examples of these fossils but mine pale in comparison to most of the ones at display at the Opal Centre in the Main Street of Lightning Ridge.

Some Photos of Lightning Ridge Fossils in My Small Collection

The first photograph is of a piece of opalized wood with beautiful colours. 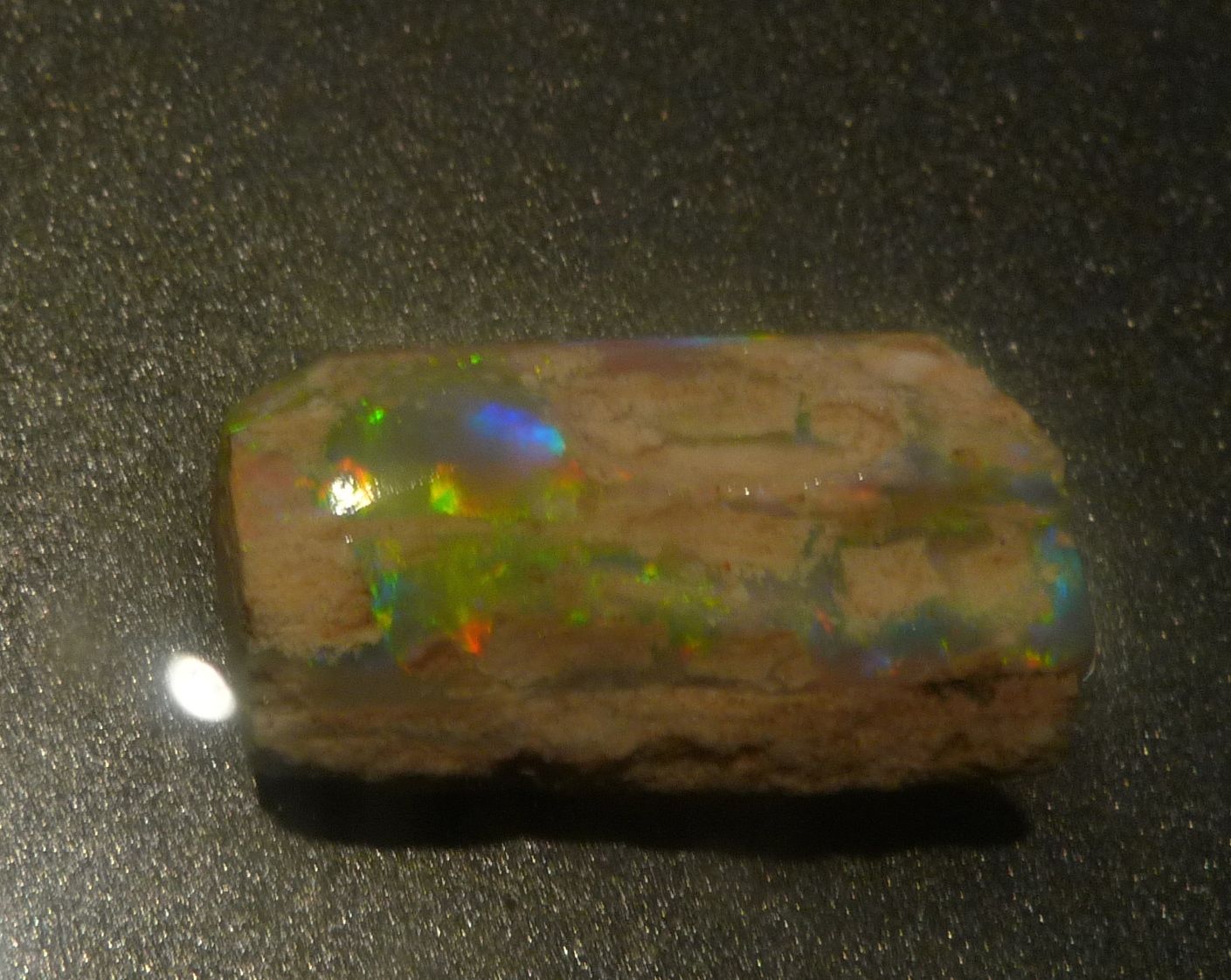 The next photograph is of a few more pieces of opalised wood showing some colour. 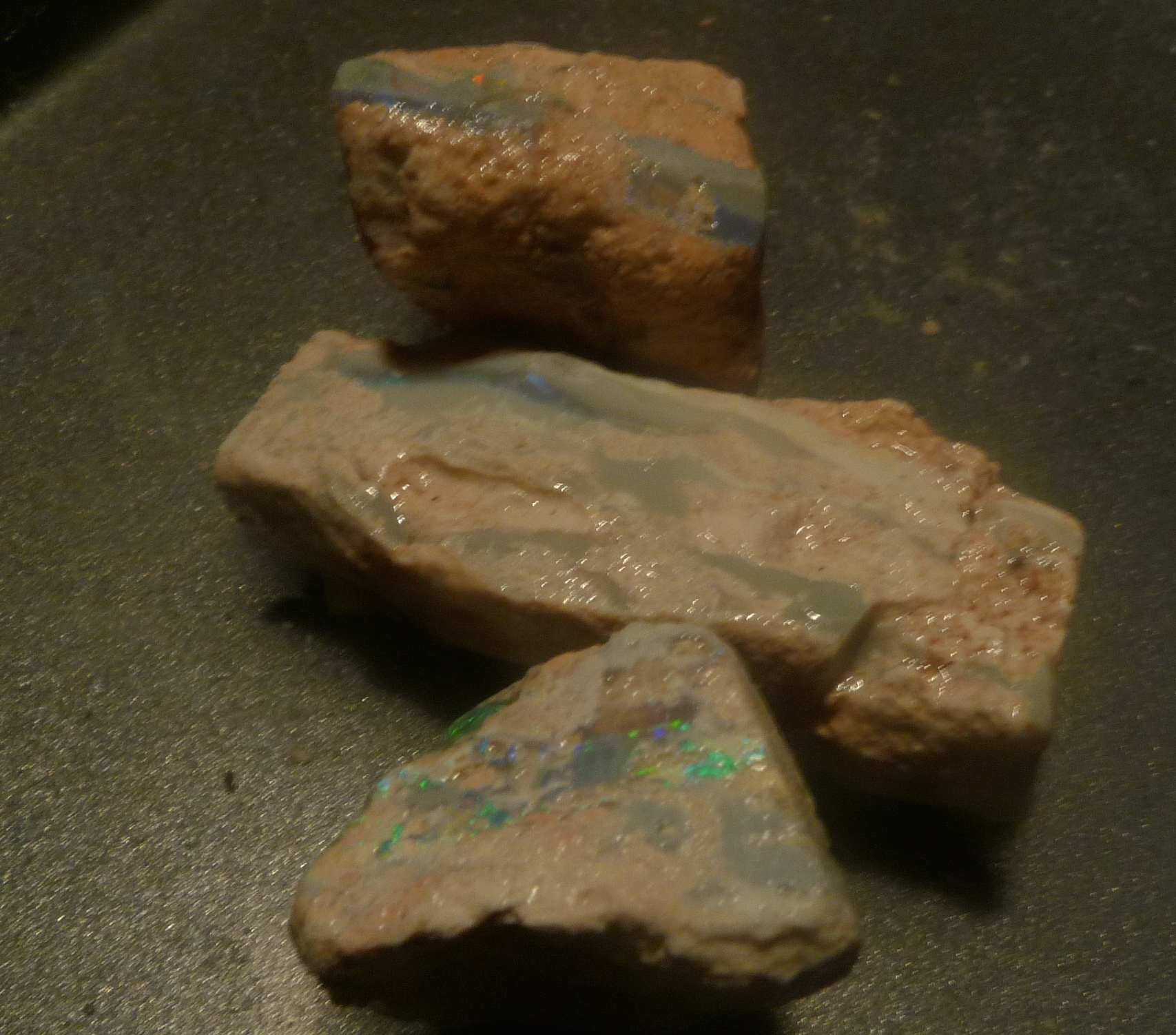 The next photograph is of a small collection of plant fossils. I am not sure exactly what they are. Some have some colour and others are just common opal. 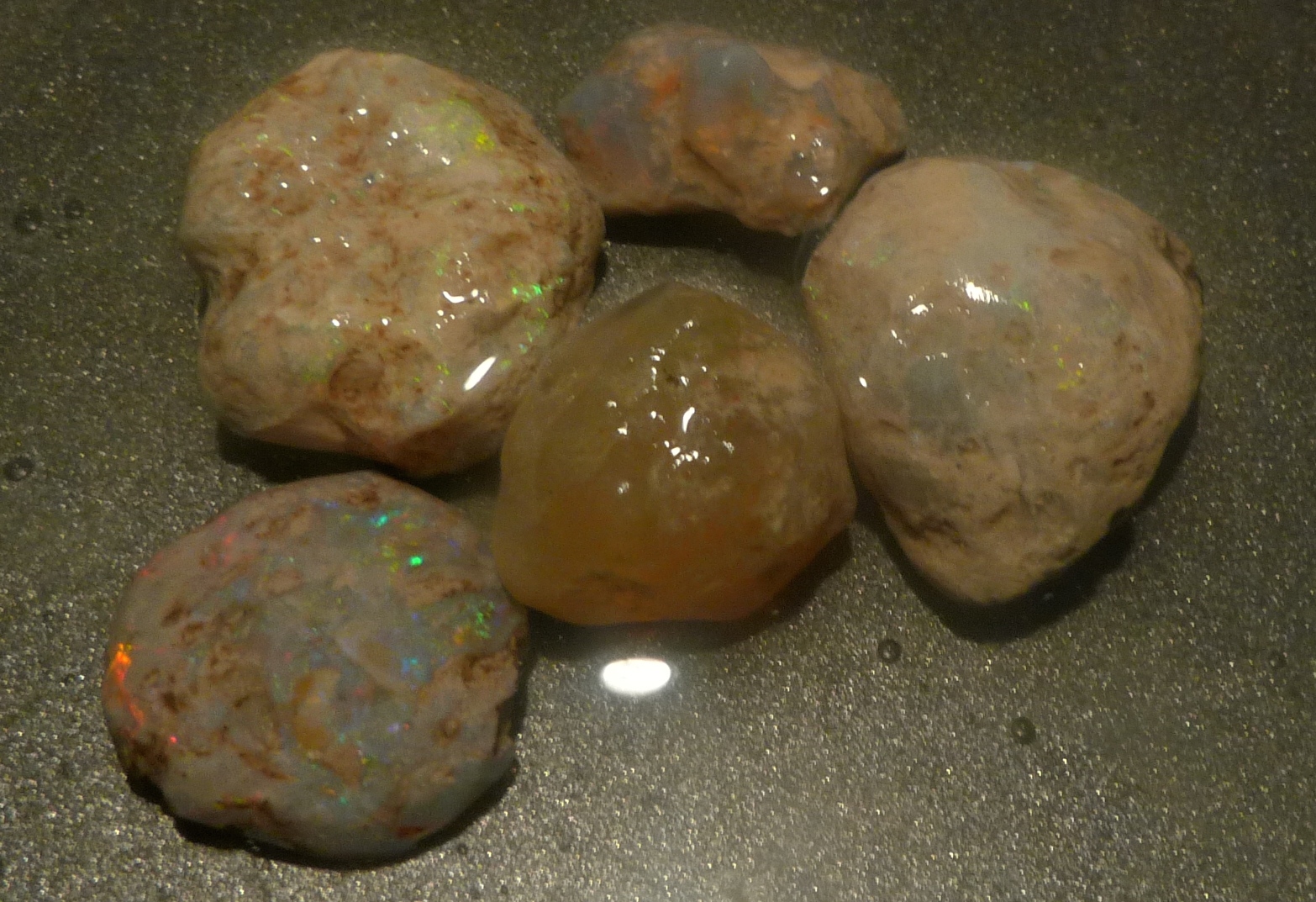 The last photograph is, I believe, part of some sea creature. 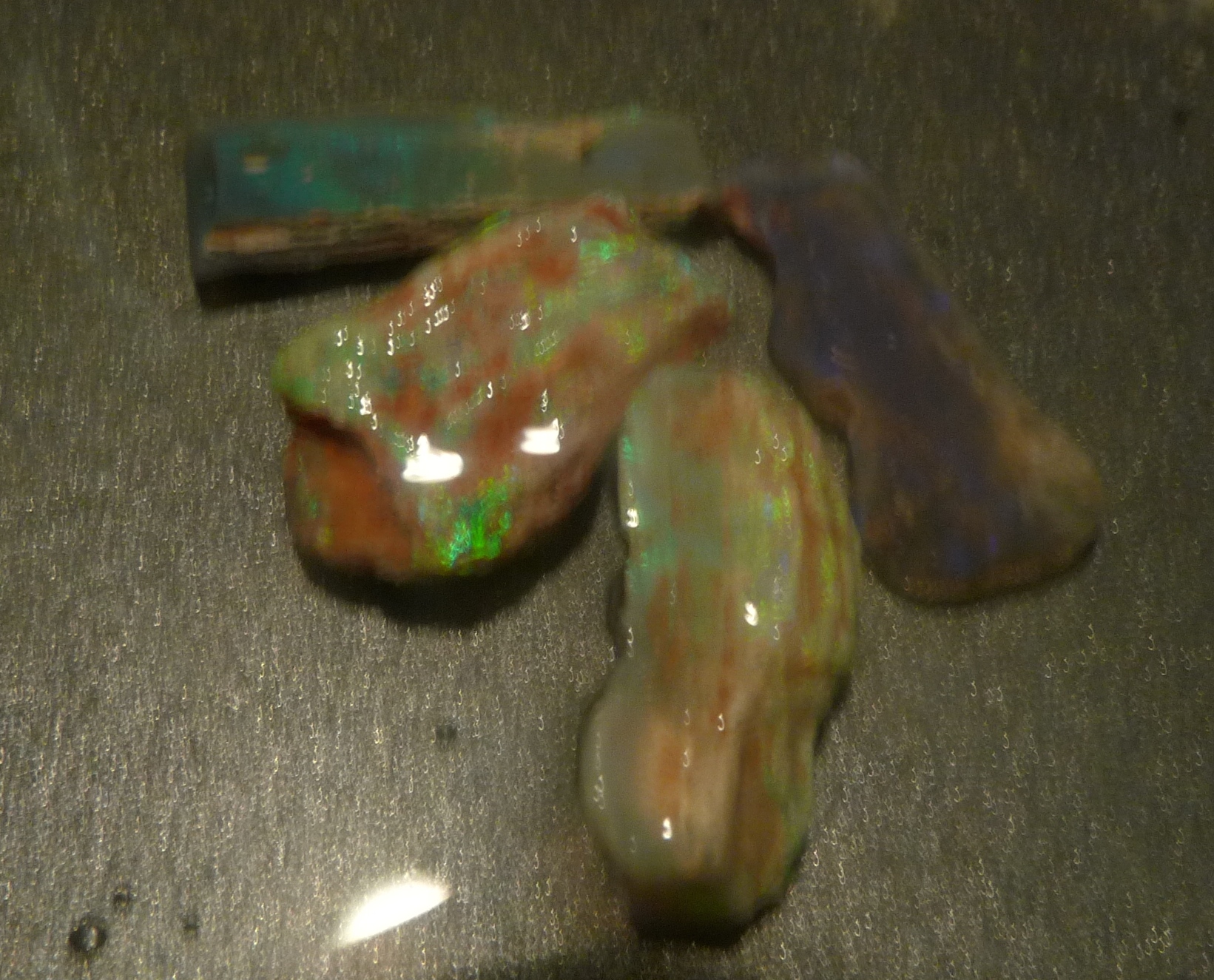 While these are not valuable specimens it has to be realised that they are millions of years old, found only in a few locations in the world and they are not making any more of them. To me they are very valuable.

If you have an interest in fossils and would love to be part of a "Fossil Dig", you can. The Australian Geographic magazine organises fossil digs at Lightning Ridge each year, where a select few enthusiasts can, for a fee, assist in looking for fossils. For further details check out "Australian Geographic Fossil Dig".

I hope you have enjoyed seeing these photographs of some opalised fossils.