The Coocoran Opal Field is just one of many fields in Lightning Ridge, where a number of different mining fields are spread over a significant area. If you wish to see the extent of mining in the area check out the site of NSW Resources and Energy.

The first time I saw these maps I was amazed of the actual area mined, with the Coocoran Opal Field being just one of many. The area is divided into four Opal Prospecting Areas and prospecting outside these areas is forbidden. Prospecting licences must be taken out and adherence to a number of regulations is required. All of this information can be found on the above site.

In any mining area there are always people trying to be the first to find a new place to dig. This obviously happened at Lightning Ridge. After opal was discovered and the news spread, other miners flocked to the area and tried new ground. As opal can occur anywhere in the opal bearing area, there is no way of telling where to dig from the surface, although some people will tell you different. Opal diviners using metal rods say they can detect faults in the rock which gives you a greater chance of finding opal and some miners reckon they can tell where to dig by the type of vegetation.

In the early days miners would sink a shaft manually to the opal level and if they bottomed on opal or potch, would then drive looking for opal. If they didn't bottom on opal, they would up and leave, and try another shaft somewhere else. As it often took many days to sink a shaft, and the going was really tough, this was definitely a waste of time and effort, but there was no other way. They would continue this practice until they found opal or ran out of money.

Today, the modern miner, will, in most cases, bore a number of small diameter holes at regular intervals over his mining lease looking for traces of opal. These holes are relatively cheap and can quickly be drilled. If there are no traces the miner can move on. In seam opal country this is probably a reasonable way of prospecting, but it is not infallible. A miner told me at White Cliffs that someone had sunk trial bores at fairly close intervals on a lease and found nothing. He came along later, and on a whim, sank a shaft in between some of the bores. He bottomed on a large sheet of opal that extended just within four bores drilled by the first prospector. Who knows how much opal still exists because the bores missed it?

In nobby country at Lightning Ridge this method is not desirable, as the nobbies exist randomly and any regular boring pattern could still easily miss the nobbies. The Coocoran Opal Field is predominantly a nobby field.

As the early miners spread out they tried mining in many outlying areas around Lightning Ridge. One such area was the Coocoran Opal Field near Lake Coocoran. This is a large shallow basin that is mainly dry, but does flood and become a lake during periods of heavy rain. At these times it is a lake of approximately 7 km long by 3 Km wide. It is located about 20 km from the township of Lightning Ridge.

Miners first found opal at the Coocoran Opal Field in the depression years, at depths between 10 and 30 metres, but the main rush occurred in the 1980's and 1990's.

I have read that there were over 5,500 claims in existence in 1990. There is the story of one miner who bored a shaft and bottomed on over half a million dollars of gem opal, and another miner working on his own dug up $40,000 worth of opal in one day. The quality of opal mined here was very high and the best was selling at $9,500 per carat. At one stage over 80% of Lightning Ridge opal was being found here.

That same year mining came to a halt when over 14 inches of rain fell in the area. Rain may not fall very often, but when it does the area is impassable and mining impossible. 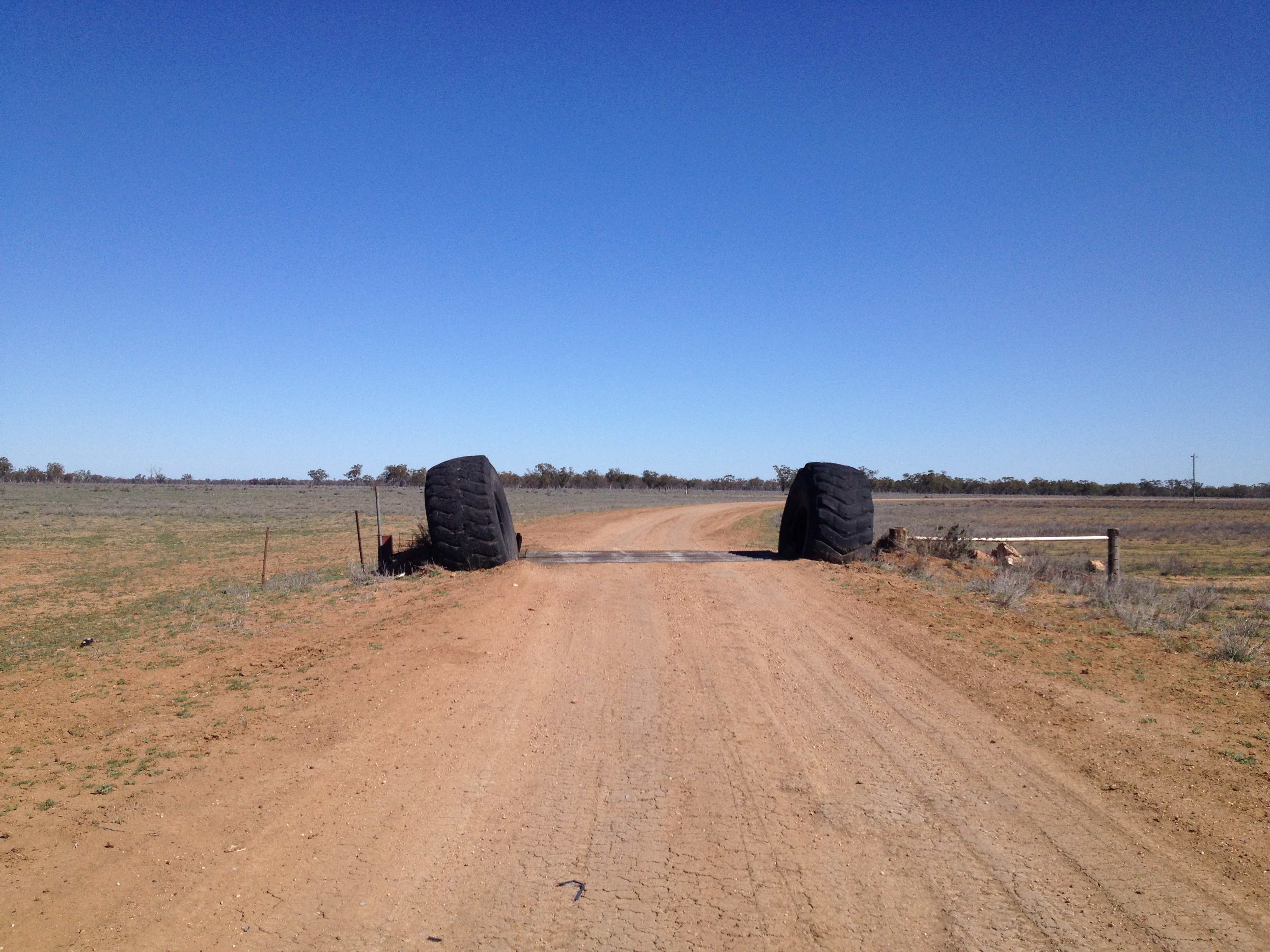 In good weather the road in is in reasonable condition although a bit dusty and corrugated. It is advisable not to drive out here after heavy rain.

The claims in the Coocoran area occurred in clumps which were called "Rushes". One that we visited in 2014 was called Allah's Rush. 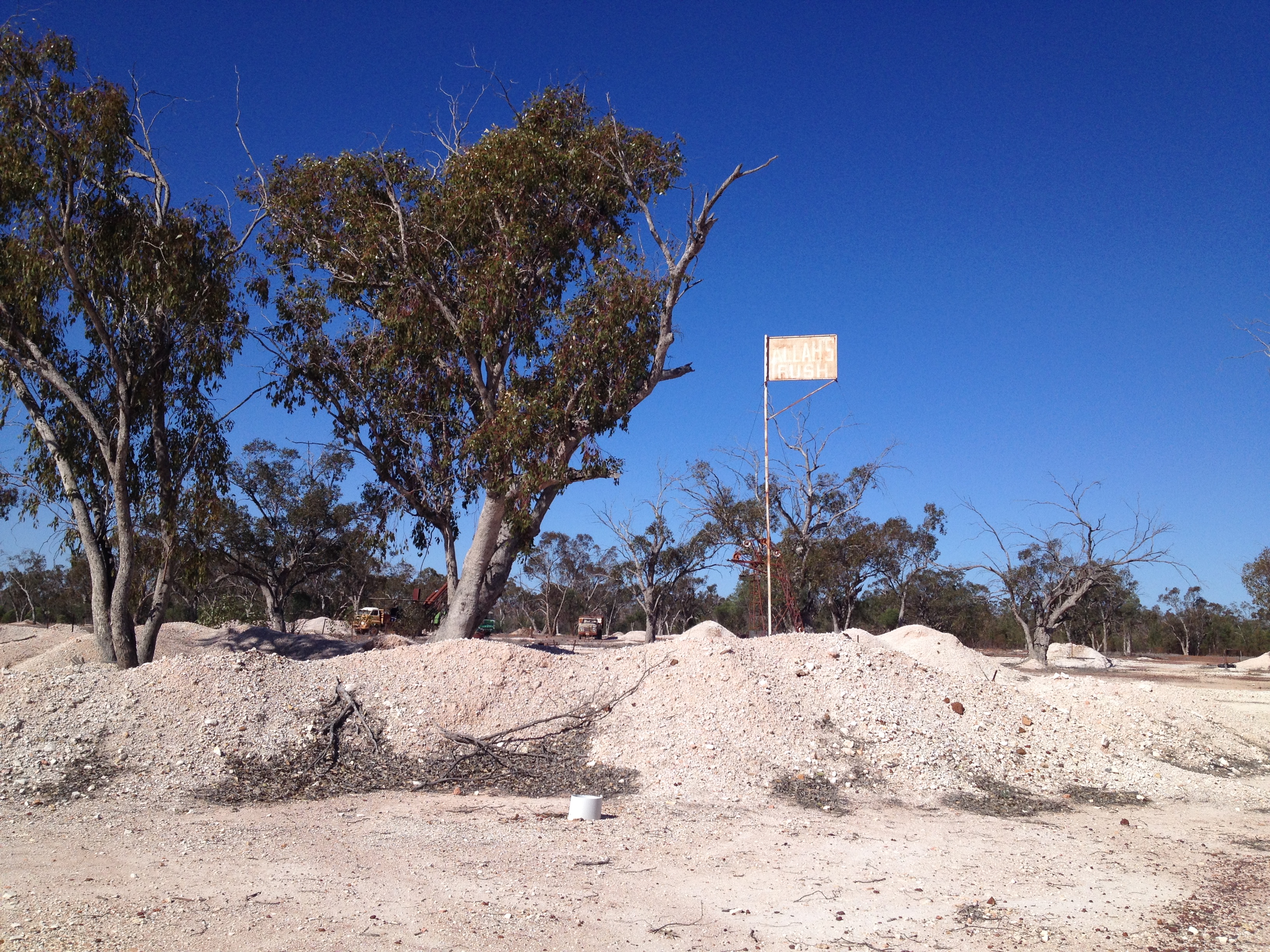 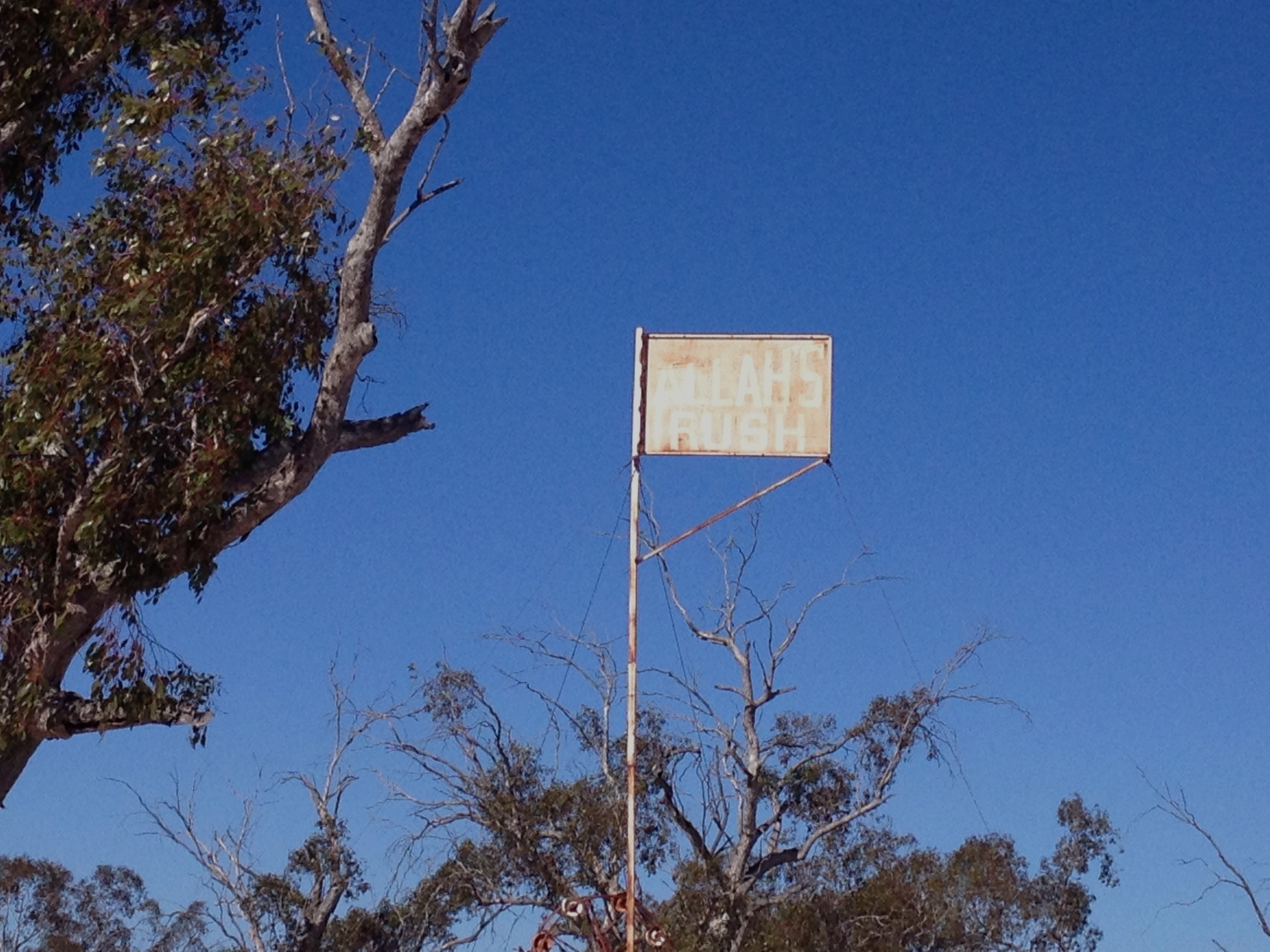 If you want to read a good story about Ben click on "The Ratters of Lightning Ridge".

The NSW Resources and Energy site shows all of the "Rushes" and it is quite an eye opener to see just how many there were.

There are still some miners trying their luck at the Coocoran Opal Field, but nowhere near as many as worked the area in its hey day. 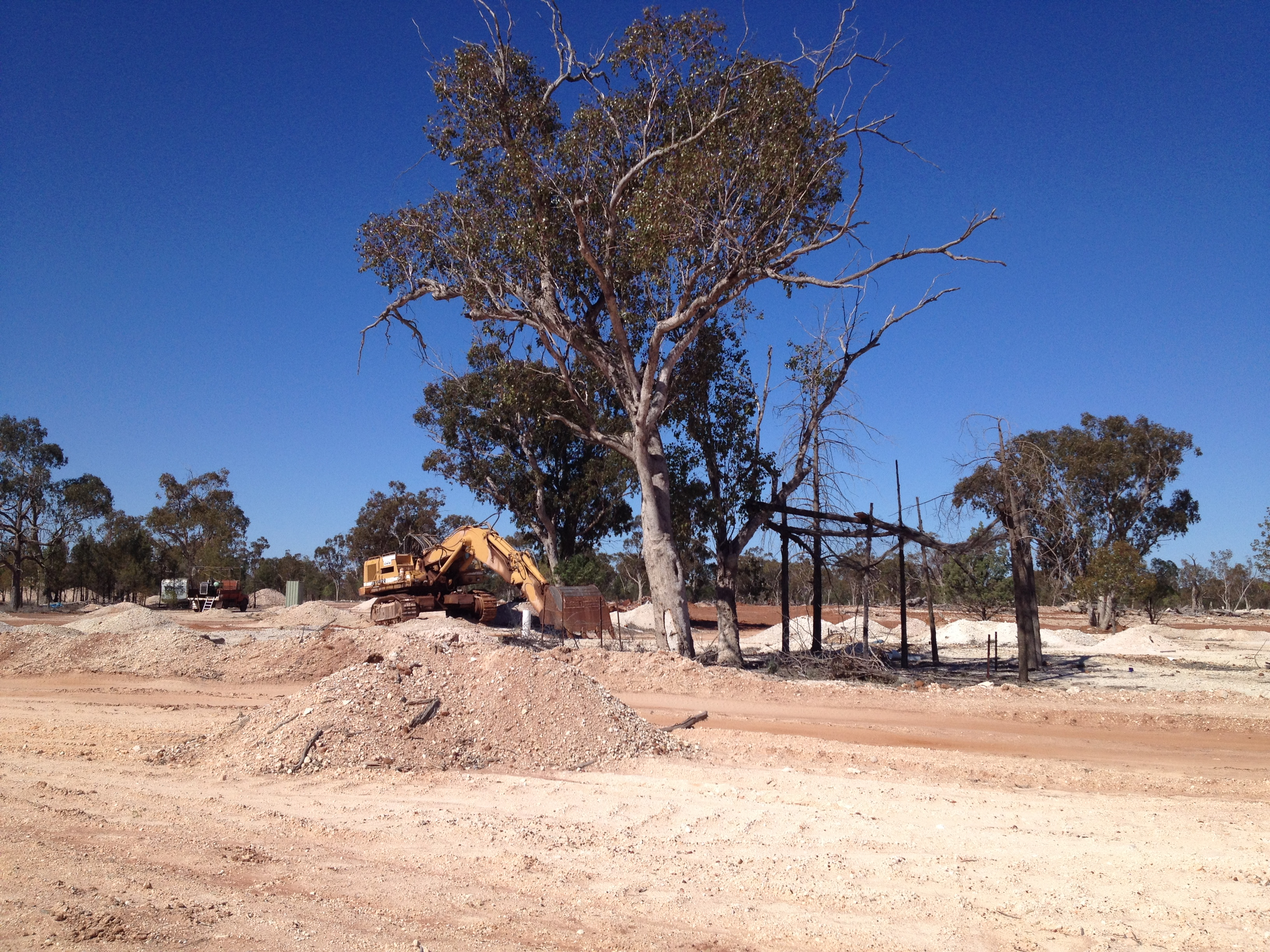 There are a few mullock heaps around but many have been filled in as the rules had changed by the late 1980's. Miners now had to fill in holes and leave the area as they found it. Of course not all complied but it seems that quite a few did.

I'm glad we took the time to visit this field although we only saw a small part of it. Next time we will spend a bit more time there.