Lightning Ridge is famous for its "black opal" but it also has its share of strange buildings. The strangest of all has to be the "Universe Observatory" or "Astronomer's Castle" built by Polish Alex Szperlak. 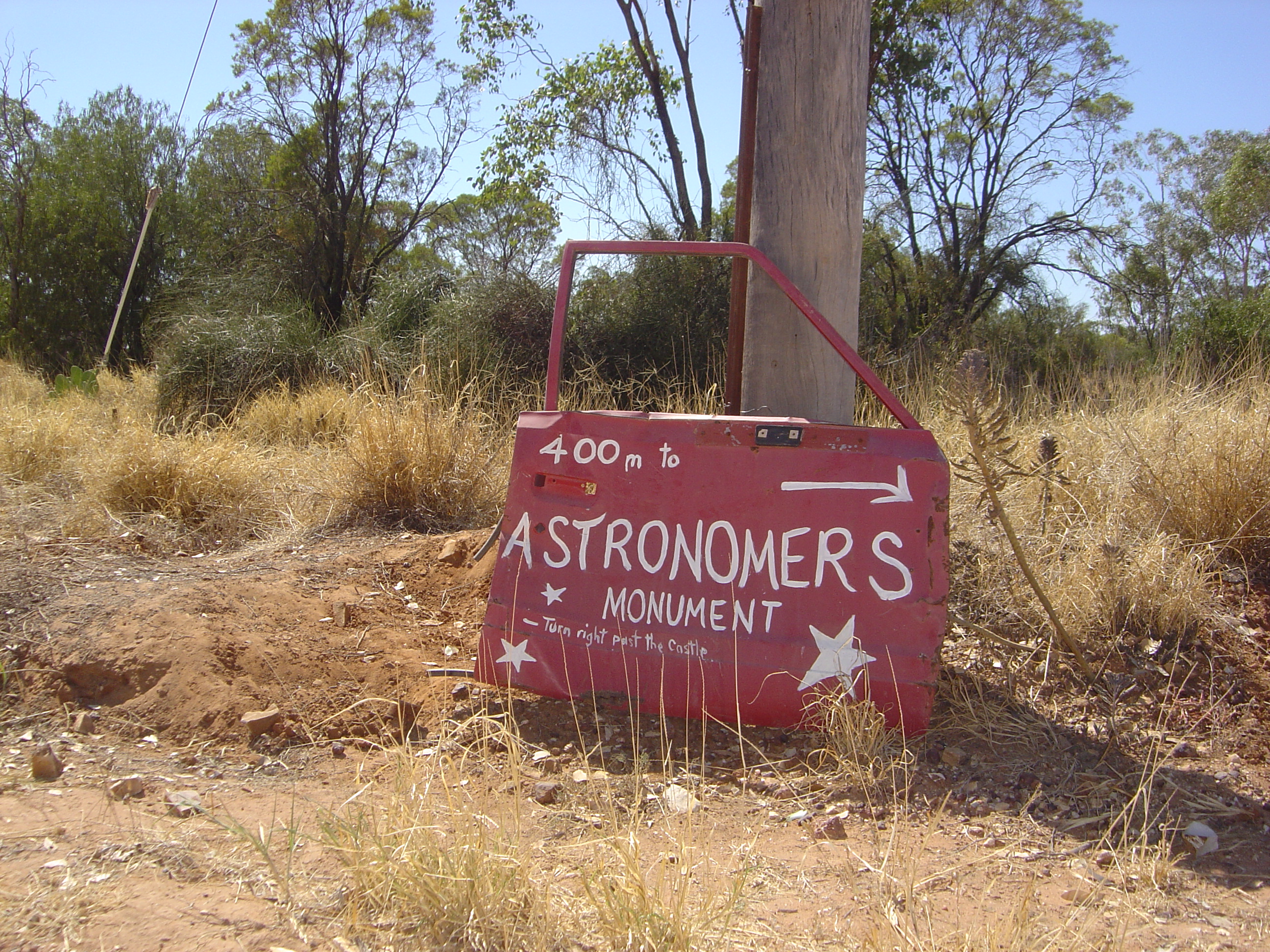 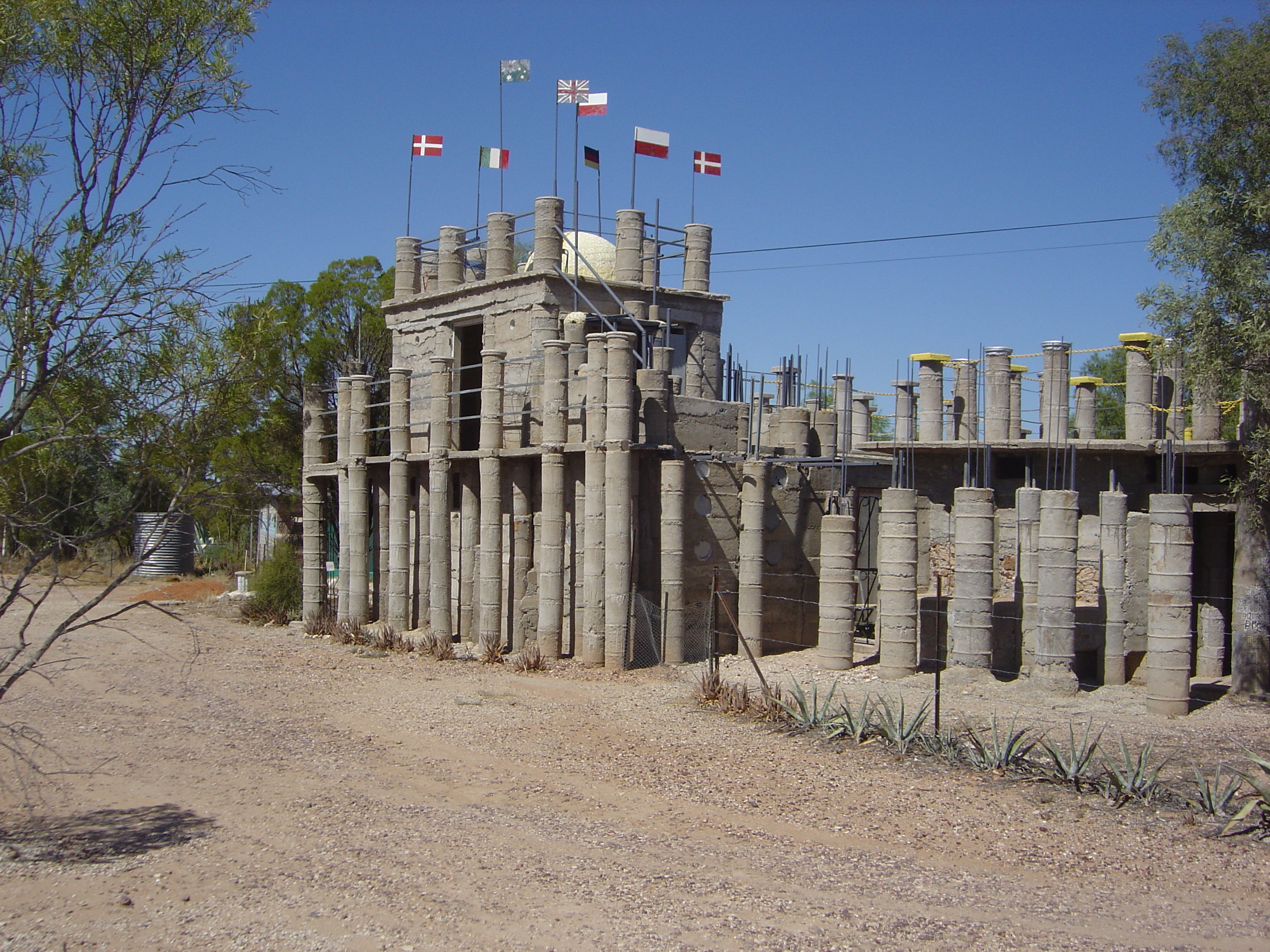 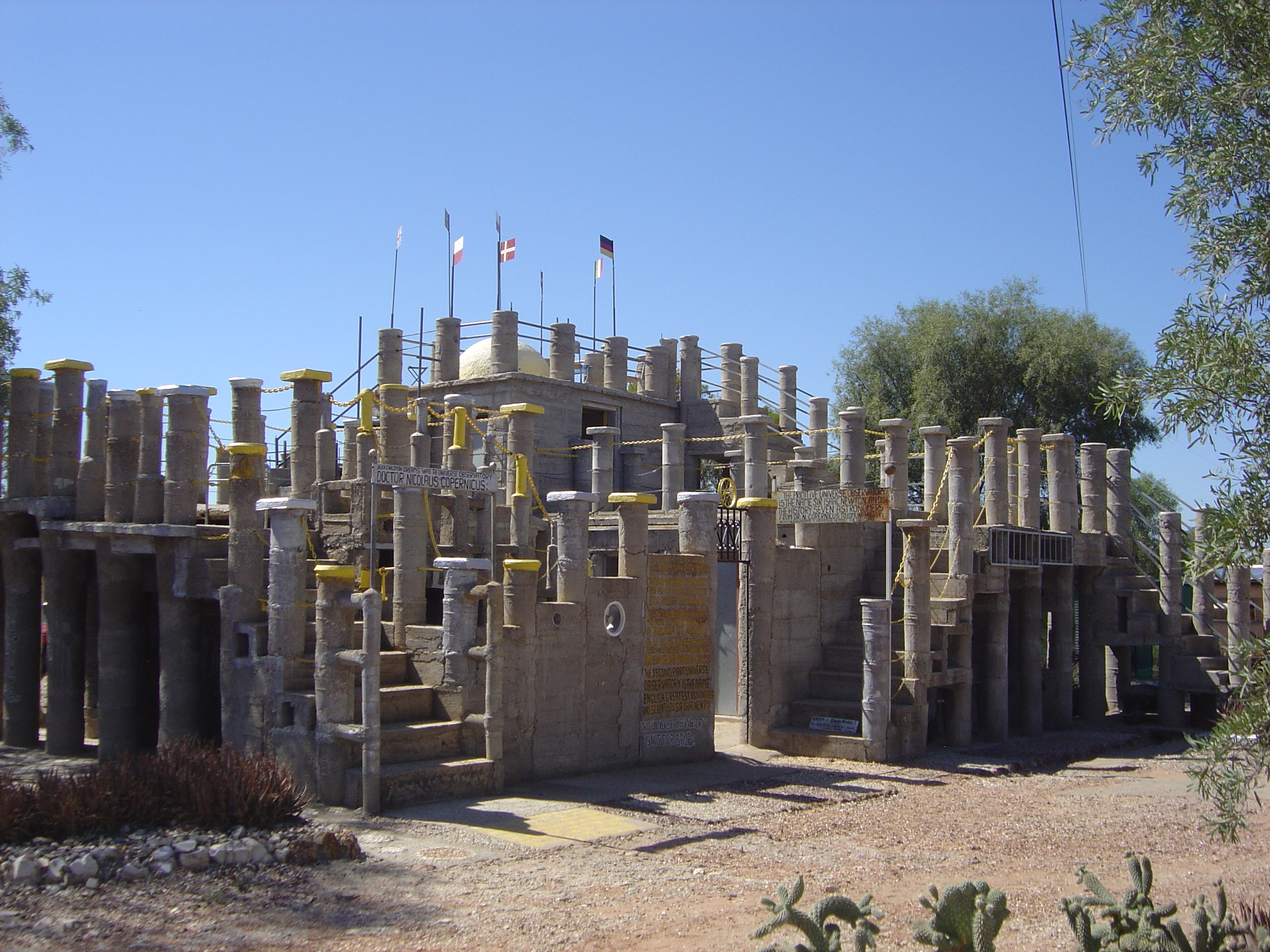 We visited in 1998 but unfortunately never got to meet Alex as he had, in April 1988, been killed in a gas explosion. One story is that he apparently built a gas stove using dodgy garden hose and set it up next to his kerosine refrigerator. You can imagine the result. Another story is that he was killed by exploding bottles of fermenting tequila he kept on his shelves. In either case his death was quite dramatic.

Alex had led a very sad life and was accused of his wife's murder. He served time in prison for that crime which he claimed he did not commit. In fact he was granted a pardon 8 years later. He came to Lightning Ridge, apparently won a lottery, changed his name to "Robinson Crusoe" and went on to build his monument. He built his monument to the astronomers using concrete mixed in different sized buckets. He greatly admired these astonomers and felt that their persecution at the hands of the Church mirrored his own persecution by authorities. The walls of his observatory were then decorated with haunting words of injustice, obviously for the treatment he had received over the crime he did not commit. Entry into the building is, I believe, only available through "Black Opal Tours".

The dome on top has no openings which was just as well, as Alex never owned a telescope. 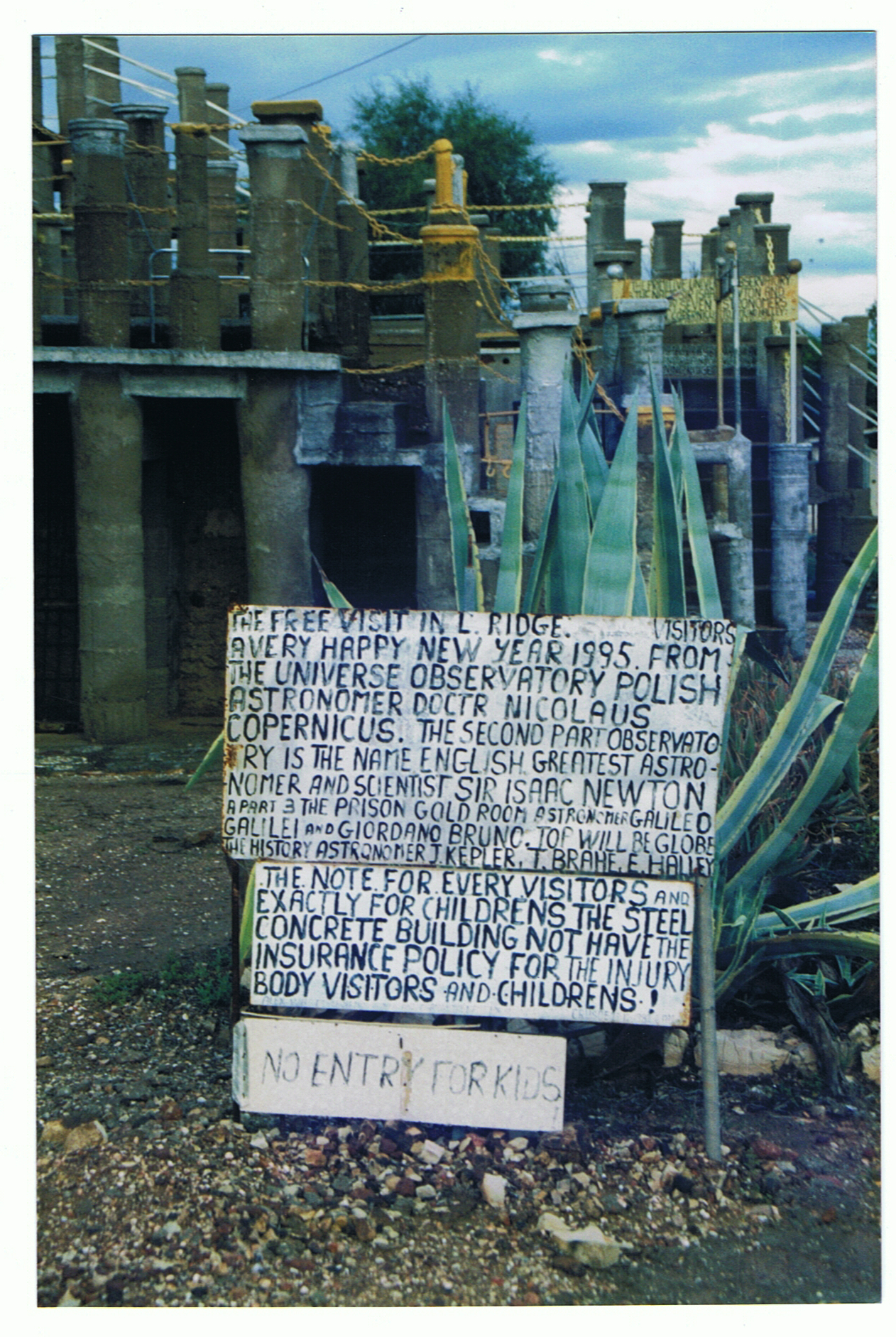 A great site to read a poem dedicated to Alex is the ABC.

This is a remarkable structure built by a man who suffered great injustice. Let us hope that this monument is not destroyed and is allowed to stay as a monument to Alex and all other people with great imagination.

Lightning Ridge, as well as all other opal fields, has a wonderful collection of buildings built by people not limited by regulations thus enabling them to express their own personalities in the construction. Many are probably not that safe, but they are part of the history of the opal fields and must be allowed to remain even if they are cordoned off from the public. If they are removed, these towns will lose their identity and also the great tourist potential they still have.