There are many amazing sights around Lightning Ridge, but few better than Amigo's Castle.

Vittorio Stefanato, known locally as "Amigo", opal miner and castle builder, started his project in 1985 when he started getting tired of opal mining. Initially he sourced his stone from his mining lease but soon had to travel to all areas around Lightning Ridge as his castle grew in size.

We met Amigo in 1998 on one of our many trips to Lightning Ridge. 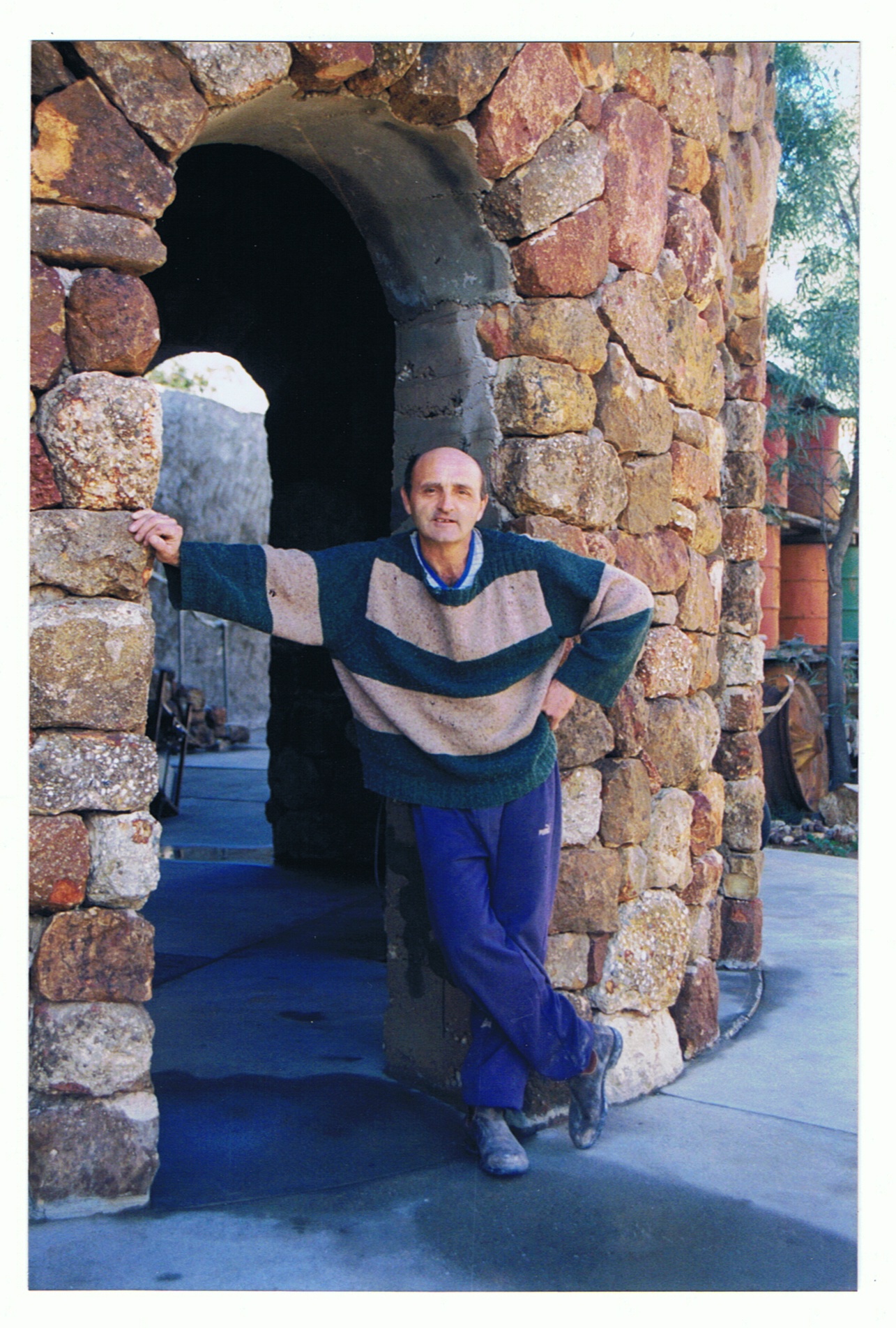 We had a long conversation with him and took him to lunch at the local club. He explained he had gone off opal mining as there was no money in it, and started to build his castle which would probably never be finished. He loved the challenge of building such a structure which was based on ruins from his own town in Italy. Amigo was very friendly and allowed us to look around his castle and the photo's below are some that Barbara took. 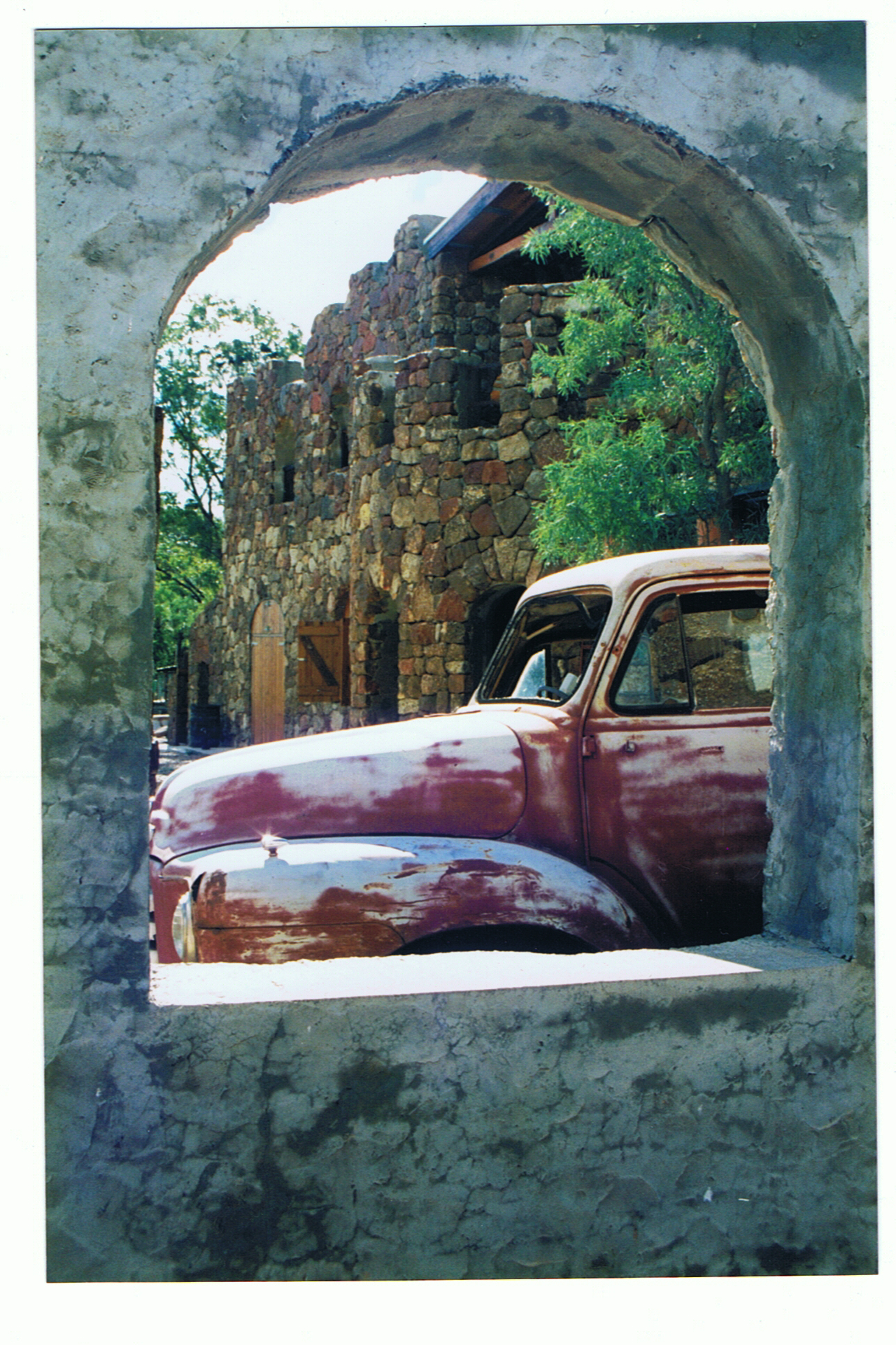 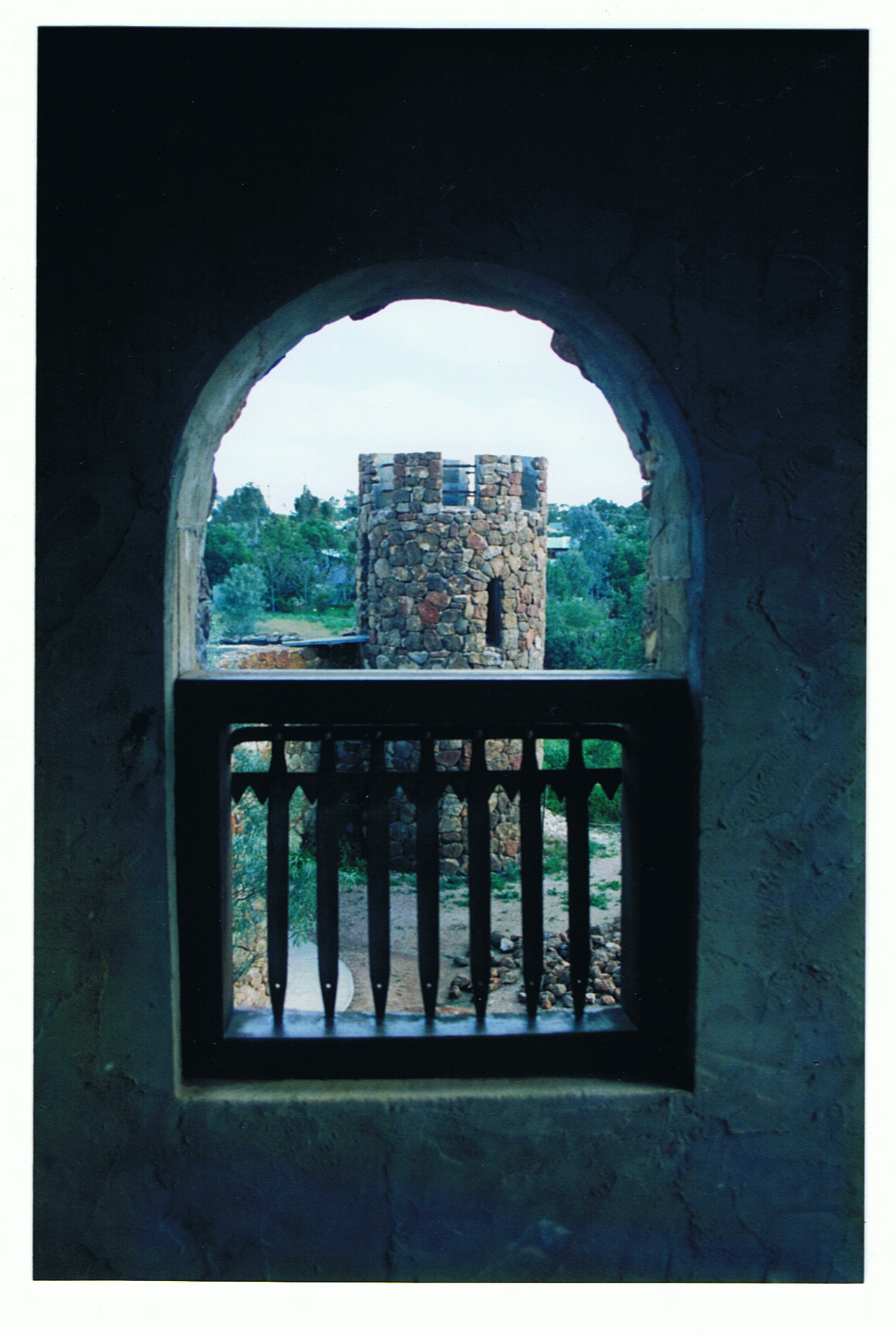 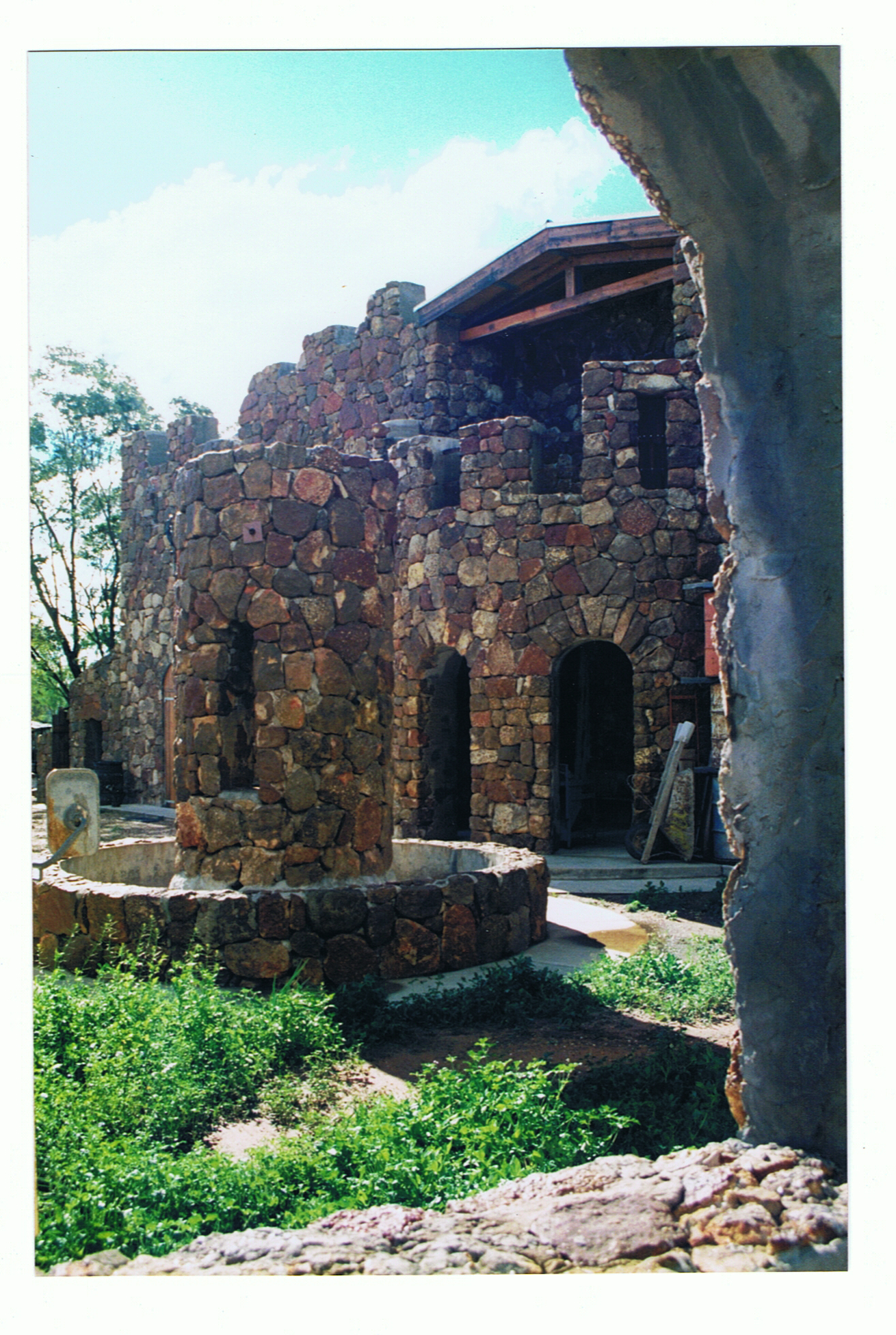 Amigo certainly has talent as a stone mason and the work is of very good quality. The unfortunate thing is he does not own the land he is building his castle on. He only leases the land so we can only hope it is not destroyed when his lease expires or he passes on. It is truly worth a visit but I believe you can only look at it from the outside now. This is probably reasonable as the number of tourists visiting Lightning Ridge has gone up enormously. Also Amigo obviously carries out other unsafe activities on the site as his sign below indicates. 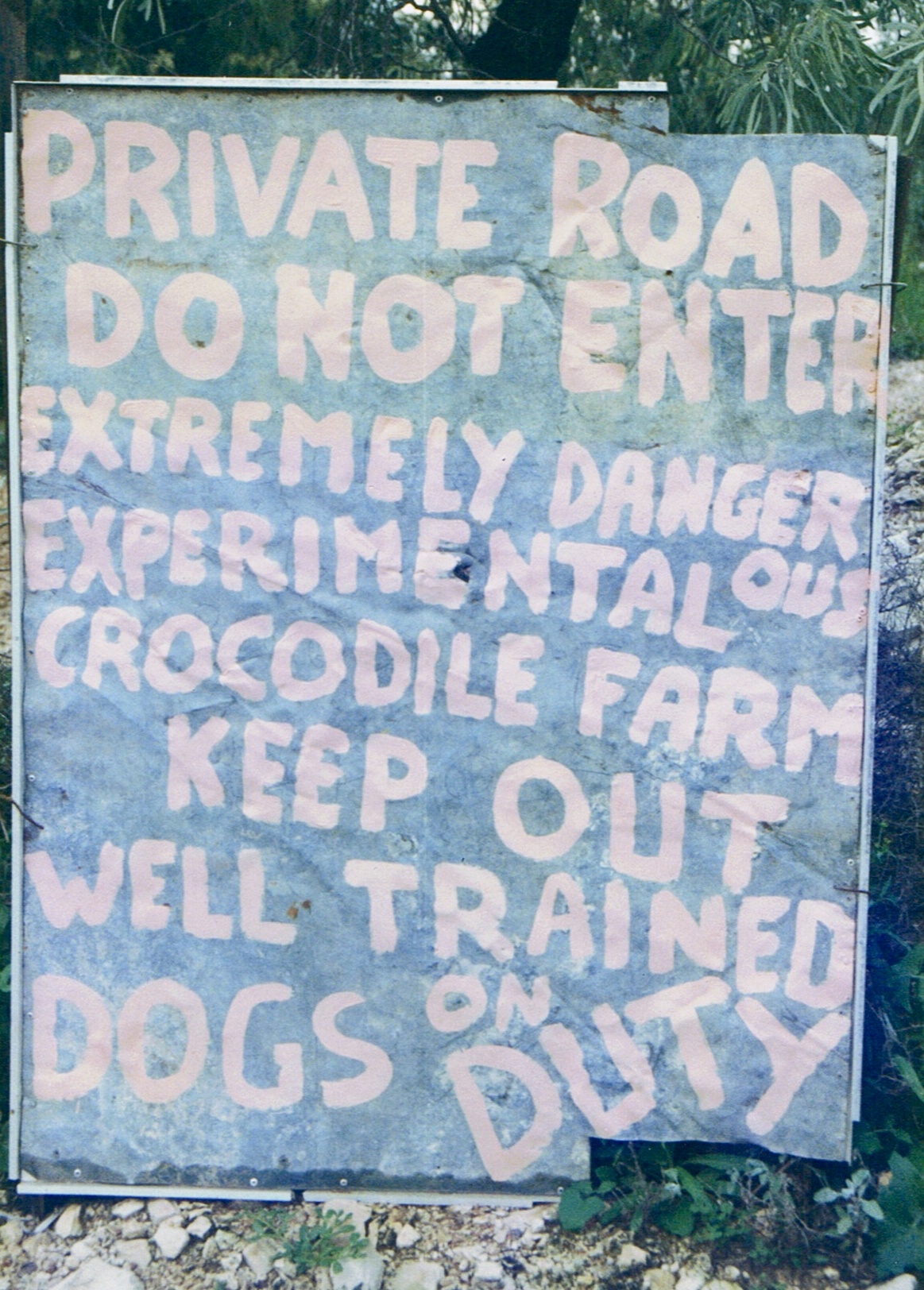 Make sure you don't miss it on your next trip to Lightning Ridge.