You will recall in the post "Early days at the Andamooka Opal Field" that Ross Coghill had accompanied his father Ben to the Andamooka Opal field in August of 1959. Ross only stayed a while and then decided to return to Sydney. Ross has kindly sent me another part of his story which I will now share with you. This is Ross's story in his own words and gives us a bit of what it was like at Andamooka in the early 1960's.

At that time Andamooka was a pretty rough town. Accommodation was very primitive, roads were almost non-existent and food and water supplies were far from ideal. This did not stop those people who were dedicated to looking for that elusive gemstone.

Let's read now what Ross has to say about those times.

" Leaving Andamooka, I was excited I was heading back to Sydney. Wow, think of those lovely beaches. No more dirt and dust, no more kerosine for lights and no more spiders in the dunny.

However, after a few miles I found myself sinking from excitement to longing to go back. Was it because I was missing Dad? No, it was the opal and Andamooka.

Sure I was going to miss Dad but the pull to return was strong and I would battle this feeling for the next 18 months until I was on the way back to Andamooka for a visit.

I didn't tell Dad (Ben as I will refer to him now as this is how he was known at Andamooka) I was coming over and he got quite a surprise to see ?me and immediately I arrived he put the Billy on for a cuppa. This is the first thing one must do when visitors arrive in the bush." (For those who do not know what a cuppa is, it is a cup of tea. Coffee was not drunk much in the bush and a billy of tea was the almost universal drink. Usually it was drunk black and sweet from the billy boiled on a wood fire.

"Looking around I noticed the changes that Ben had made. He had made himself a Dugout. This was much better than living in the back of a truck. 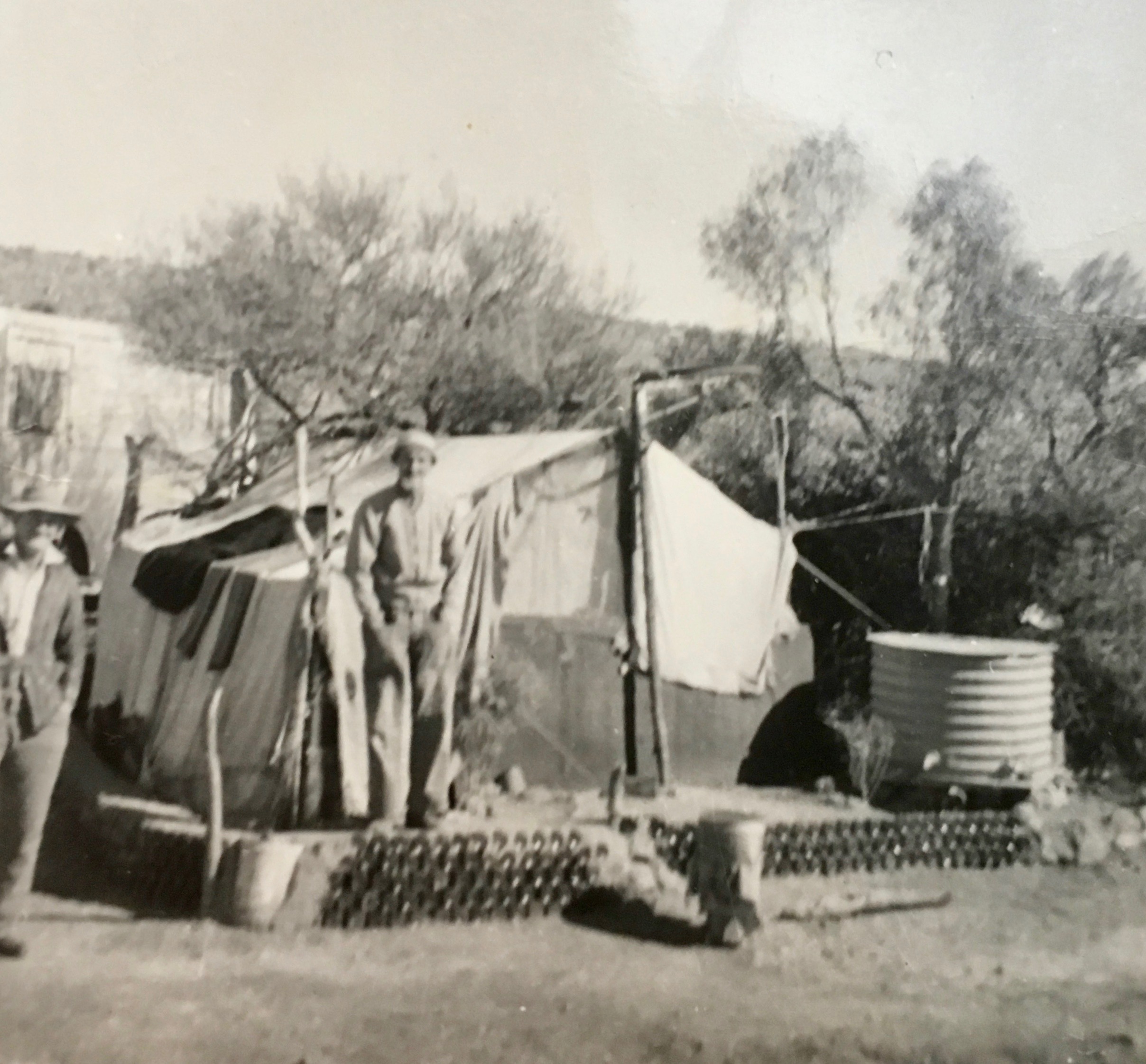 Ben's First Move out of the truck 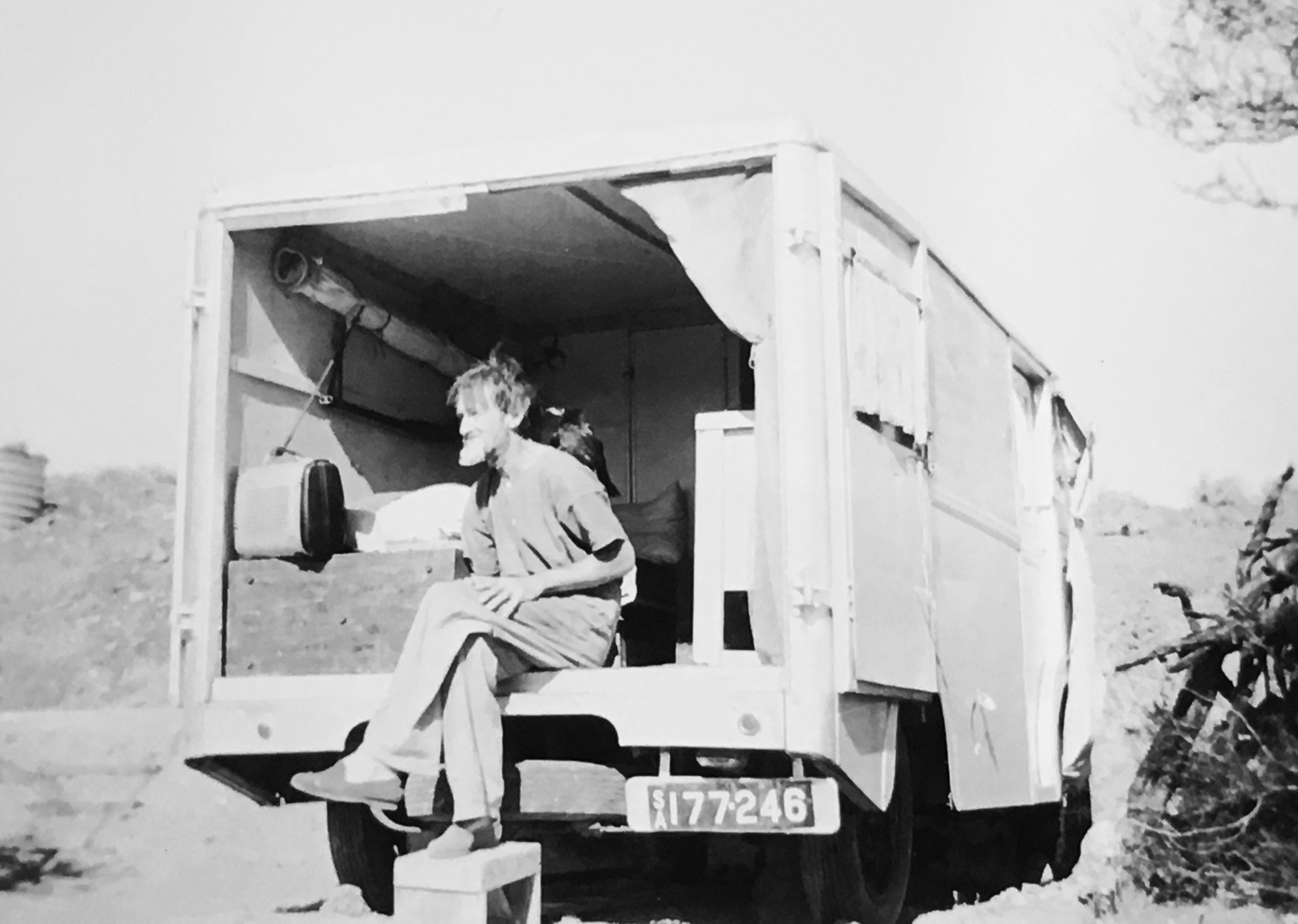 Ben travelled to Andamooka in this Morris Truck

I noticed that the butter was very firm as I buttered a piece of bread. I commented that he must have a refrigerator now. He said come and I will show you how things are kept cool. Ben had dug two holes about four feet deep and about ten inches (280 mm) apart. He then dug a horizontal hole connecting the two vertical holes causing a draught to pass through. This draught was quite cool at this depth.He then made a hessian basket to put the food in and lowered it into the hole.

Ben had a good sense of humour which he would let loose on visitors especially when they first arrived.His favourite skit was to don a black cloak and top hat and then go around pretending to be an Undertaker. 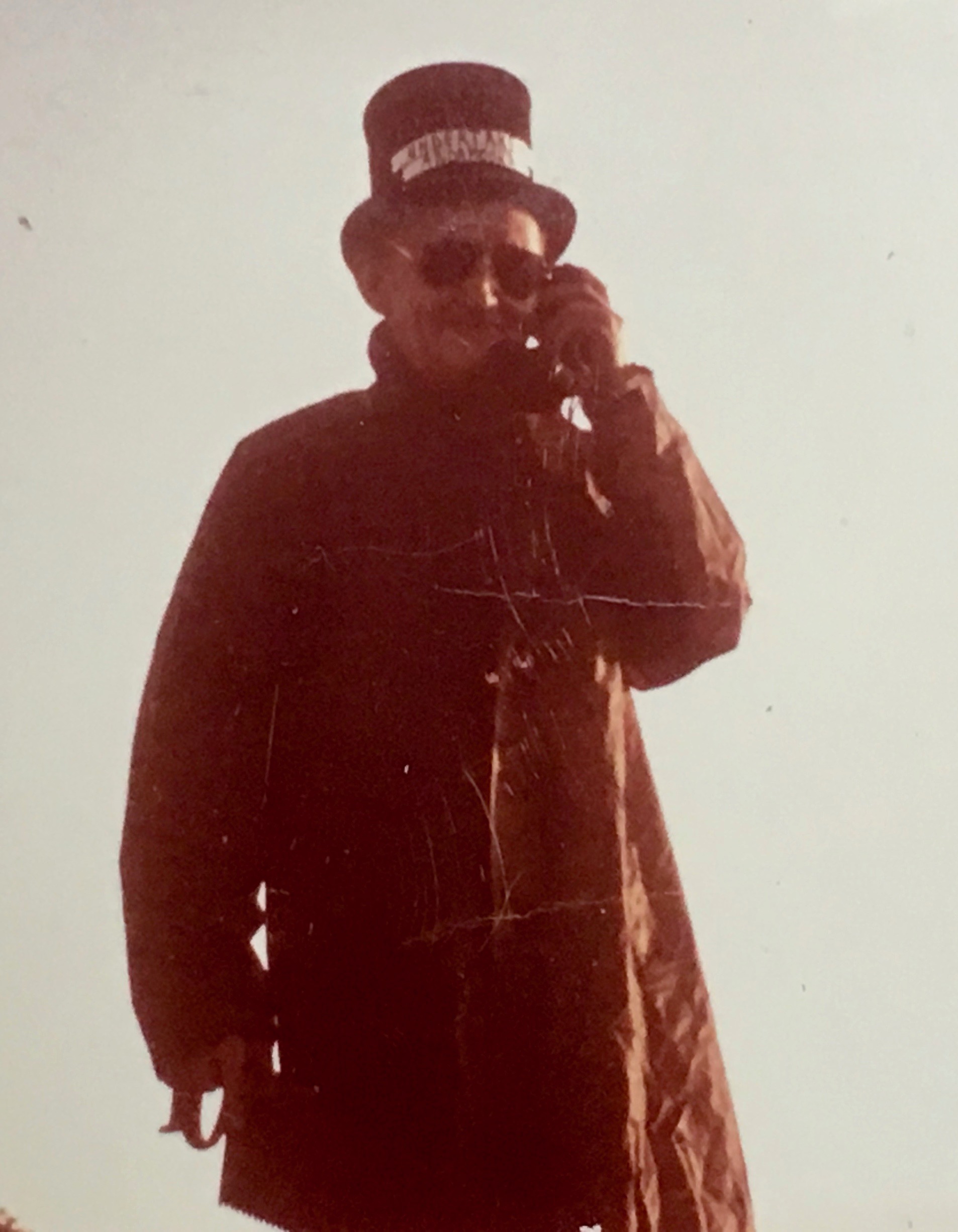 He also had a favourite where he built a bridge across a dry creek bed that ran past his hut. He put up signs saying "No fishing or swimming from bridge" and "Danger sharks". Also, he posted a notice on the side of his hut underneath the advertisement for his cabins which he rented out, which read, " You have been robbed before, now give me the chance"

After a few days slacking, I decided to put a cut in on Stevens Creek. I worked the cut for three days without a trace then on the fourth day I lifted a clod of dirt and there it was - a sheet of crystal opal as big as a dinner plate. I fell back on my butt and just gazed at the beauty. Heart pumping and a smile on my face that split the sides of my mouth, I couldn't believe that I had struck it rich. I bent down to pick it up and guess what. As soon as I touched it, it just vanished. It was just a stain like an oil slick on the mud. Just wipe it with your finger and it is gone.

Destroyed, I packed up and went back to camp and poured my heart out to Ben. "Well" he said, "This is what it is all about. If it was easy no-one would want it. It's the thought of striking it rich that drives people on."

Having worked the cut for four more days I found three more patches just like the first one. Other than those, all I found was a small patch shell.

One afternoon, Mick, Ben's mate, suggested we go for a drive north to see if we could find some likely spots to do some prospecting for new fields. Having driven for a few kilometres we came across a stock dam. We stopped the car and walked up onto the bank to see how much water there was in it. It was about half full. Ben noticed there was a dead Roo in the water. Mick went down to pull it out. As he did he saw it was full of yabbies. There were hundreds of them and we quickly filled a bucket full. We then put the Roo back in and in a few minutes pulled it out and got another bucket full.

The sun was going down so we headed back to camp. Guess what we had for dinner that night? Some of them were up to nine inches (230mm) long. Ben and Mick decided that it would be better to keep this a secret otherwise everyone would be out there. Unfortunately this happened a few weeks later when a mob went out with nets and cleaned the lot out. That is what Ben told me when I was back in Sydney. 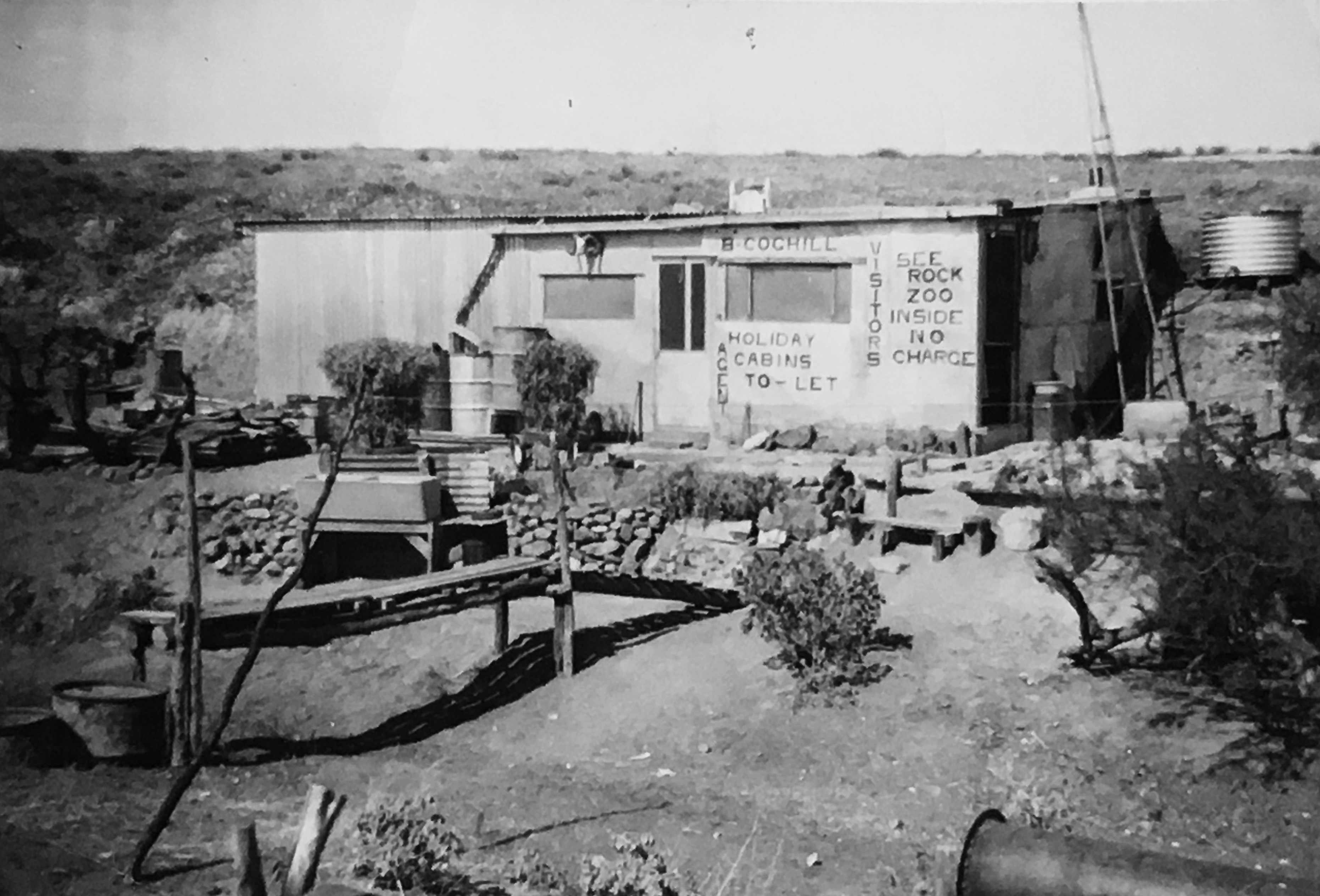 There are lots of other stories like this about life in Andamooka I am sure. I hope this is of some interest to you all.

PS. I am eighty years old next year and I am planning a return to Andamooka in November this year. I must see it one more time"

Thank you Ross for the insight into life at Andamooka in the early 1960's. I enjoyed the story and i hope you all do to. While it was hard living in such a place there was always time for some humour and there was always the chance you could find a lovely gemstone.