History and Distribution of opal deposits in Queensland -1902

In 1966, my cousin Ken and I, set off on our first opal fossicking trip to Queensland This story is detailed in the post titled My First Trip to the Opal Fields. As a result both of us have remained interested in the history of opal discovery and mining in Queensland.

Just recently Ken discovered a report on the History and Distribution of opal deposits in Queensland by William H Rands, Government Geologist , presented to the Honourable The Minister for Mines Brisbane on 1st May 1902. The report is from the collection of the Venerable Archdeacon Edward Leo Hayes University of Queensland Library 1967.

In this and subsequent posts I hope to summarise and quote from this report which details the state of opal mining in Queensland at that time. I hope you find some of the information as interesting as I did.

History of the Development of Opal Mining

Remember this was written in 1902.

"After a short era of prosperity there has been a very considerable decline in the opal mining industry of Queensland, the cause of which is not far to seek.

It is entirely owing to the persistent and widespread drought which has prevailed over the western portion of the state for the last six years; a drought which, when at its height, was so severe as to render prospecting and mining for opal almost impossible.

There are no very reliable records of the annual output of opal in Queensland but those at our disposal are set out below".

I would add here that there has never been, nor will be, a reliable record of output of opal anywhere in Australia. Much of the opal found is sold for cash with no records kept or given to anyone.

It was also estimated that there were 295 men involved in the mining of opal in 1901.

" There is no record of the first reported discovery of precious opal in Queensland but there appears to be no doubt that saleable gemstones were first obtained from the old opal mines near Listowal Downs Station, the occurrence of the mineral there being made known by some stock-men or drovers.

Probably one of the first regular opal miners was Joe Bridal, the original owner of The Little Wonder Mine, who is still mining in the same district"

"The first activity in the industry took place in 1878 when the Aladdin mine, which was portion of freehold grant of land made to Mr Bond for the purpose of developing the trade , was floated into a company in London by that gentleman. Before this, however, great interest was taken in the matter by the Hon John Webber MLC of Kyabra Station."

The geological conditions under which opal occurs in the former - which is analogous to the occurrence at White Cliffs in New South Wales - is wholly distinct from any previously known opal deposit in the world. 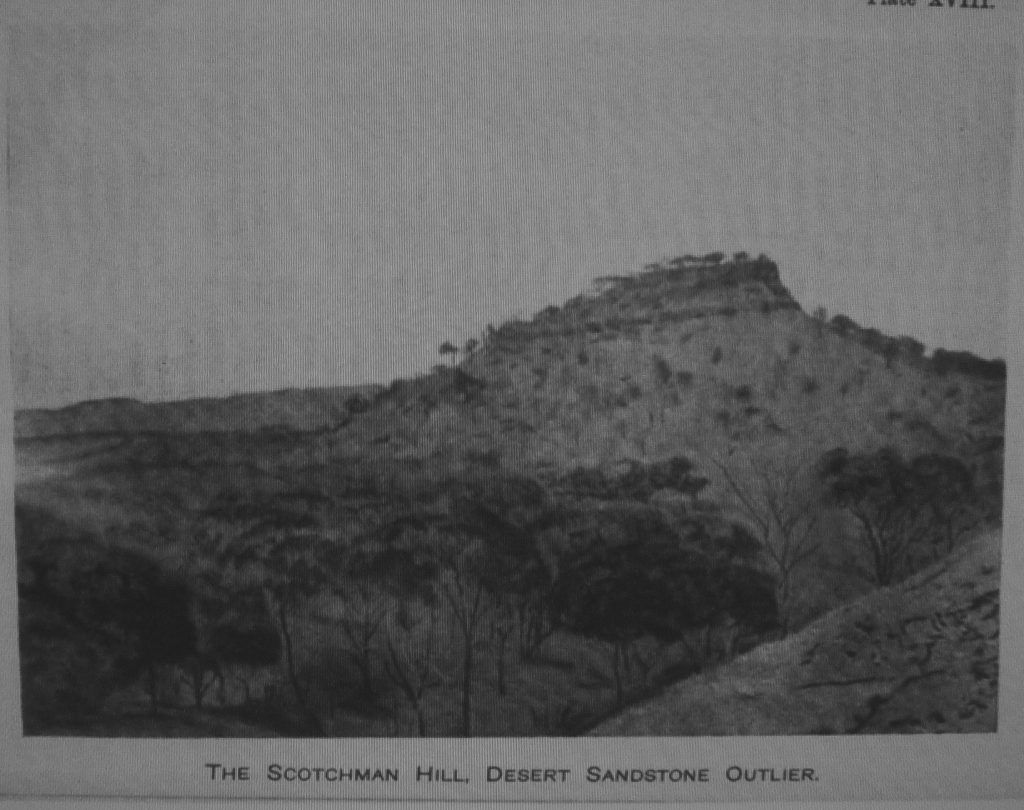 The latter mode of occurrence in a vessicular basalt is analogous to thos of Hungary and Mexico, but so far, Australian deposits of this kind have not been worked commercially"

I have seen opal of this latter source from near Coonabarabran and from near Ballina in NSW. It has occurred in small pockets of the basalt and is usually small but very colourful.

" The Desert Sandstone rests horizontally and with unconformability on the lower cretaceous rocks or Rolling Downs Formation.

Of the latter, Mr Jack has stated that it marks the position of a sea, which in Cretaceous times, divided the Australian continent into two islands." 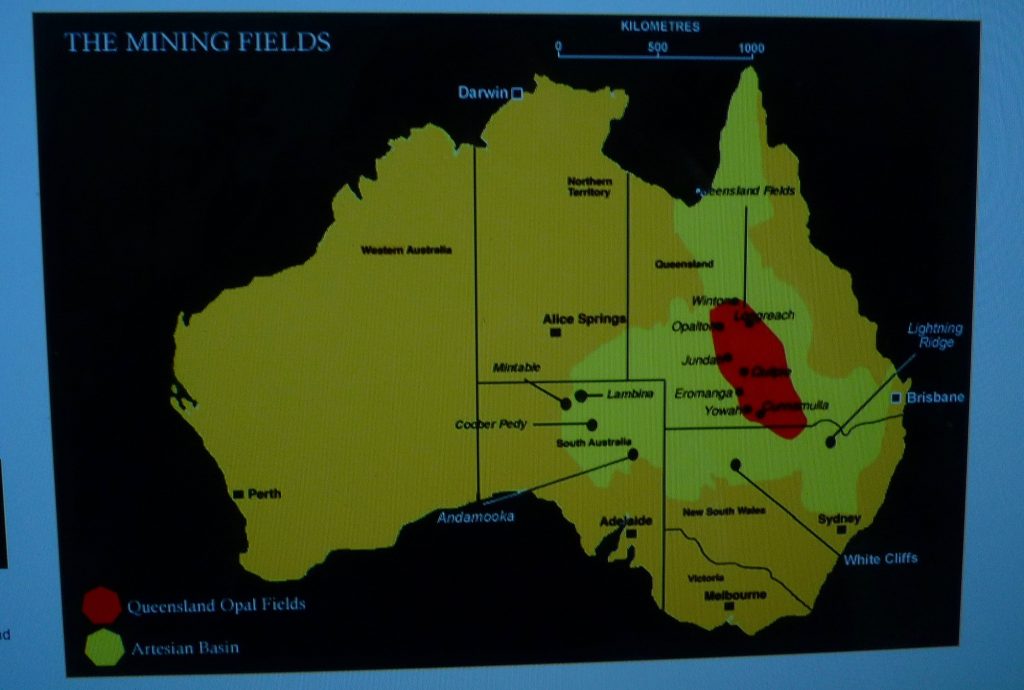 "As can be seen from the map it covers an area which may be roughly stated as three fourths of of the total extent of the state."

"As follows from its mode of origin, the Rolling Downs formation consists of a series of sandstones, shales and other sedimentary rocks.

It's denuded remains now now occupy less than a twentieth part of the area of the area over which it originally extended.

The remaining portions of the Desert Sandstone are now only seen in the form of low ranges, tablelands and isolated flat top hills."

This is the first of a series of posts taken from the 1902 document by the Government Geologist William Rands. Further posts will talk about the mineralogy, mode of occurrence and location of opal mine in Queensland at that time.

How Was Australian Precious Opal Formed