About 45 km from Lightning Ridge there is another extensive opal mining area where mining is still being carried out today. Fields have been established at Glengarry, Grawin, Sheepyard Flat, Carters Rush and Mulga Rush. These fields are all relatively close together and a lively community of miners live there in fairly primitive conditions.

Opal was discovered at Glengarry in 1905 by a Charles Phipps but mining did not get going there until 1908 when "The Grawin" was discovered. By 1920 further discoveries had been made and the area was established with waves of miners arriving with each new discovery. Mining was very basic in those days with shafts being dug using pick and shovel and windlasses used to remove the spoil. Candles were used for light and the work was very physical and arduous.

In 1928 a large opal was found at Richards Hill and this sparked a new rush. It was called "the Light of the World" and is still probably the most famous of the opals found in the area. It weighed 2268 carats. Its size was 152.5mm x 76.2mm x 25.4mm was described as "big as the flat of your hand". It had broadband green, red and gold flashing across the face as you turned the stone. But, it had sand in the middle. This was carefully hollowed out when it was cut and apparently produced a wondrous stone but in 1960 it was cut into 3 pieces. Read more about the "Light of the World" here.

Mining continued in the area and mechanical innovations were introduced over a period of time making opal mining less arduous. Generators allowed the use of electric jackhammers and electric light. Also motorised hoisting gear was invented and this saved the miners from the backbreaking work of hoisting the spoil by windlass.

Above is a photo of motorised hoisting gear being used today at the Glengarry Opal Field.

In 1870 Glengarry Opal Field became the latest hot spot for opal in the area with some good finds being made.

In 1985 good seam opal was found at Sheepyard. Opal mining increased and piles of opal dirt were everywhere making mining difficult. This led to further changes in the mining equipment used with the short throw buckets being tipped straight into tip trucks to be carted away. This material was dumped onto large dumps situated away from the mines themselves. A photo of one of the large dumps still used today is shown below. 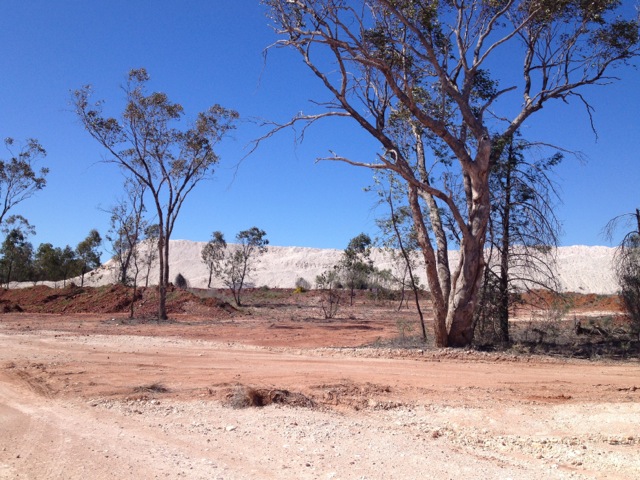 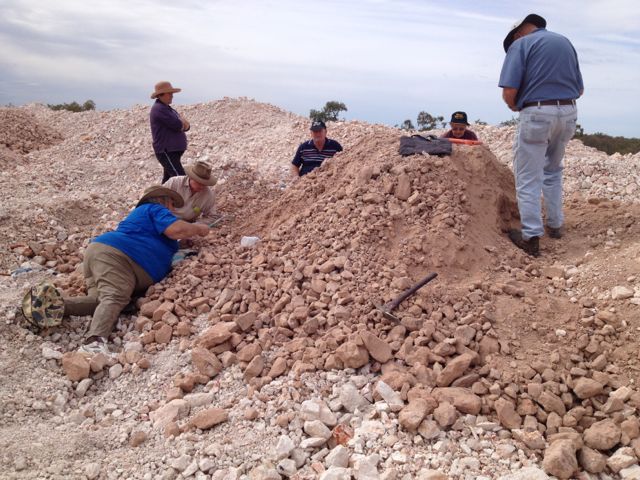 Noodlers sift through the opal dirt looking for any opal that might have been missed. It is quite a daunting task noodling these dumps as the heaps are vast. The locals usually know which trucks are more likely to have come from mines that are finding opal and flock to them

In the 1990's Carters Rush had started and with it came the use of the big blowers. This is basically a big vacuum trailer on at ruck and it sucks up the opal dirt from within the mine and dumps it in a heap alongside the mine. You need to make sure you are not underneath it when it is working. 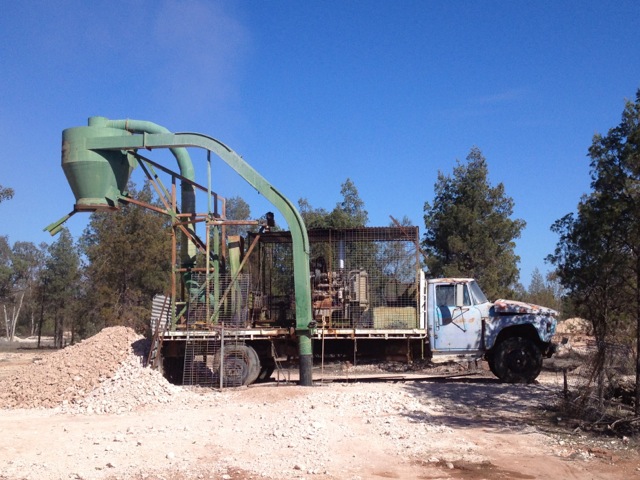 Underground much of the digging was now being carried out by mini- front end loaders and other motorised diggers. This was making the work easier but more costly as these items ate fuel and required continual maintenance working in such conditions underground.

The shafts that used to be dug by hand were now being dug by large drilling machines on the back of trucks. 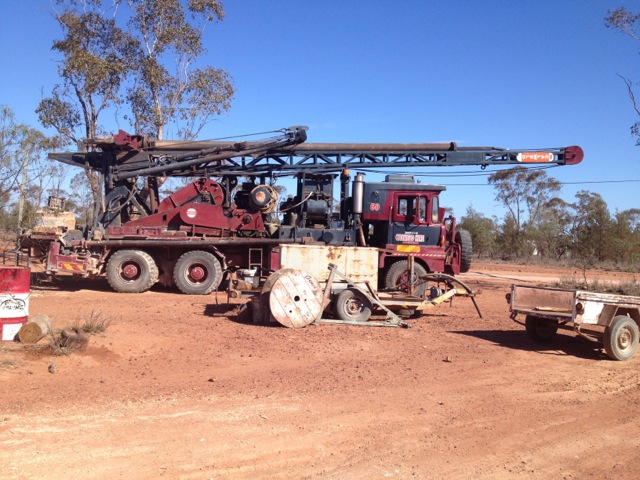 In 2014, while we were in the area, miners told me that the drought was greatly affecting their output of opal. They were continuing to pull out the dirt but could not wash it to find the opal because of lack of water. This meant that they had to stockpile the dirt from their mines until such time as the rains came. In 2015, the advice is that the rains have not come so this must be affecting the miners output.

Relaxing in the Glengarry Opal Field

While the Miners of Grawin , Sheepyard and Glengarry work hard, they also have the means to bend the elbow and sink a few beers. The area has some quite original "watering holes" or pubs.

Perhaps the most famous is the "Glengarry Hilton". It was built by the miners in 1969 but was an illegal pub until 1993 when it got its first liquor licence. When first built it consisted of a tin roof with open sides but is now a much more civilized place. I am not sure that its decor lives up to other Hiltons but the locals certainly love it. 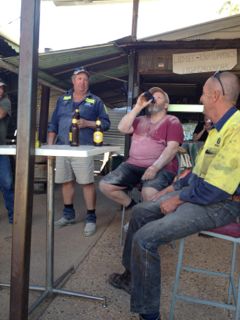 Miners "hard at it" at the Glengarry Hilton

The above local miners certainly did. They also serve good food at a reasonable price. The Hilton was up for sale when we visited so if want a low maintenance pub check out the Glengarry Hilton.

There are other choices as well. There is the "Pub in the Scrub" where you can have a game of golf as well as a beer. 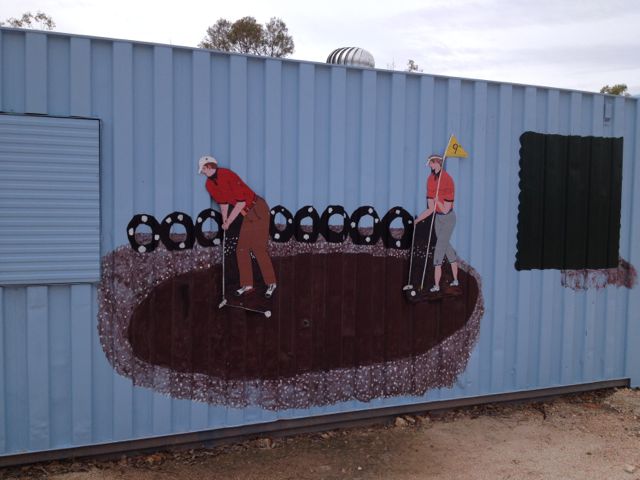 Golf at the Club in the Scrub at Grawin 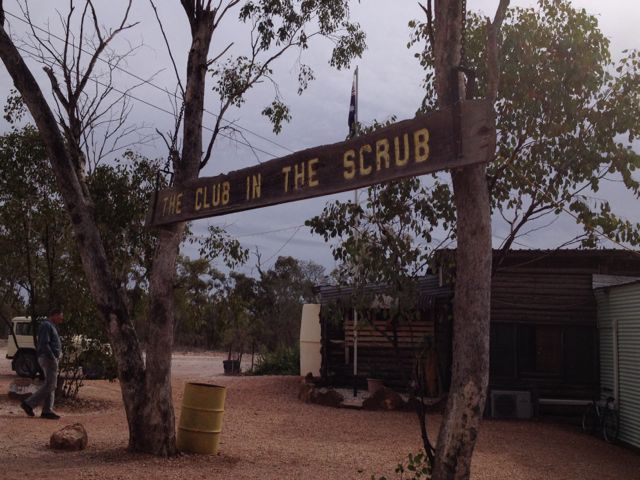 Club in the Scrub at Grawin 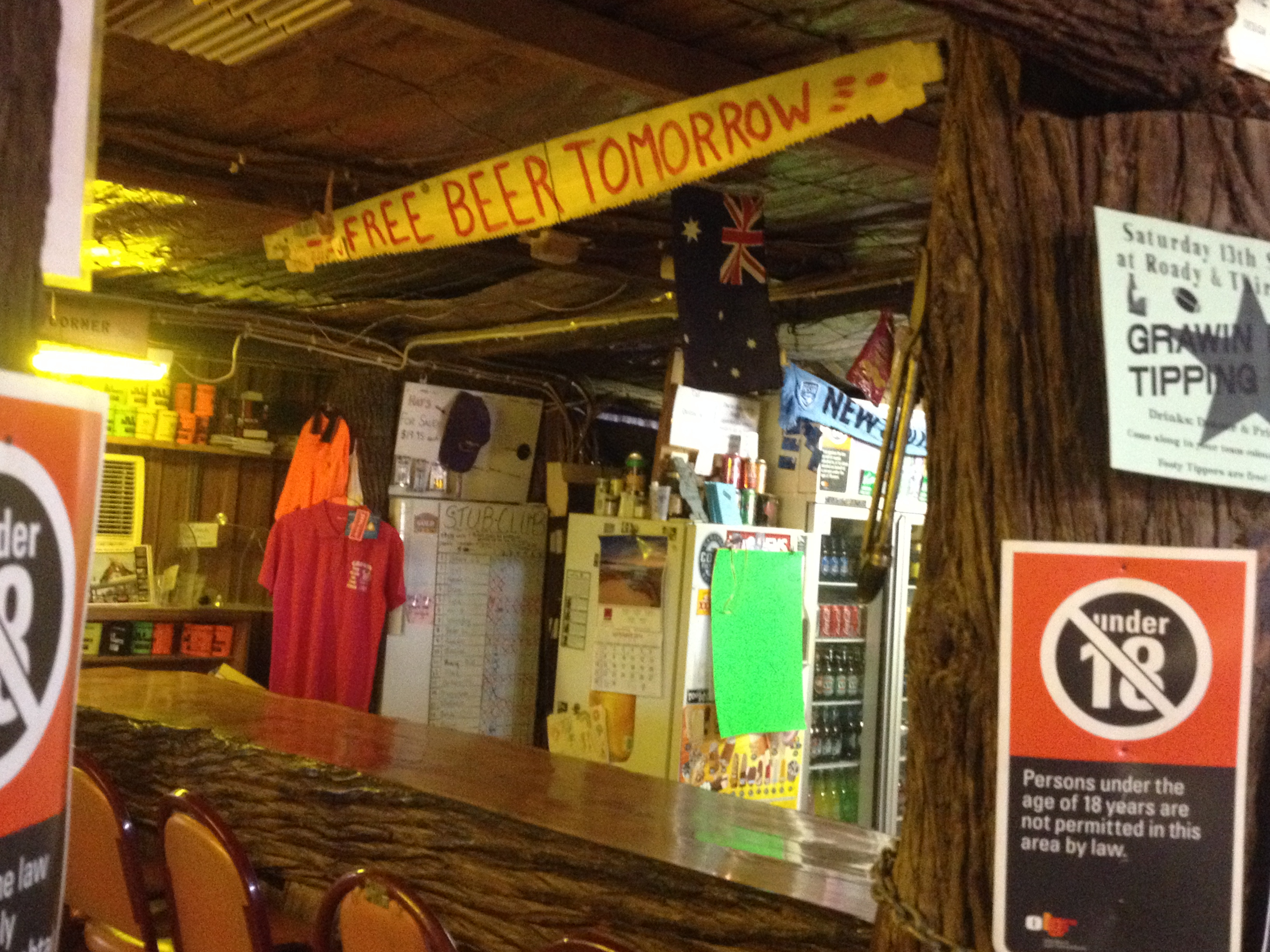 Club in the Scrub

The golf course is great and well worth a game and you never know but you may even find an opal on the course.

And if you don't like that there is the "Sheepyard Hotel". 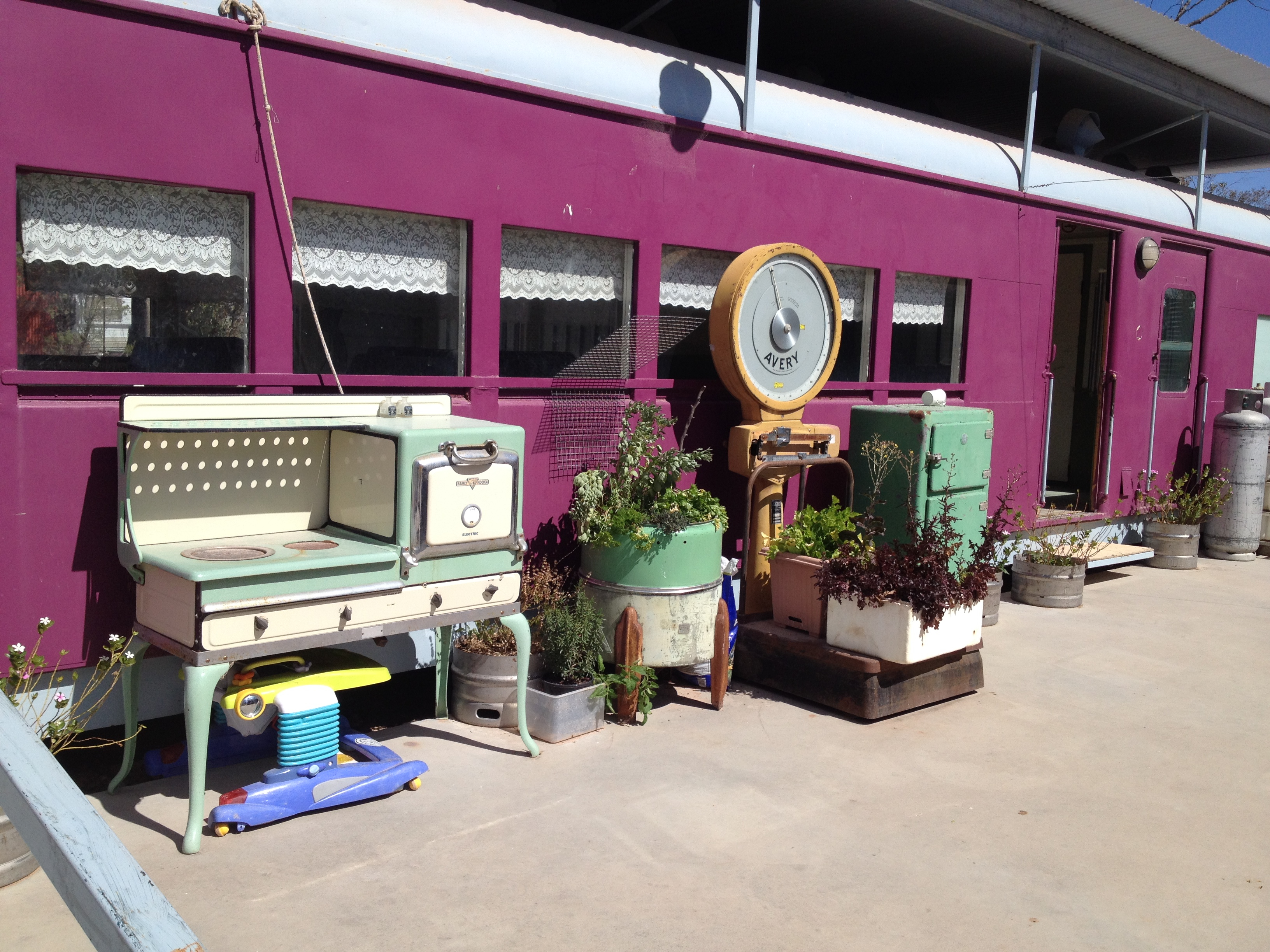 Out back of the Sheepyard Hotel

All of these watering holes are different and it is a great chance to meeet the locals and maybe even buy an opal directly from the miners.

The Glengarry Opal Field area has a lot to offer as long as you are interested in opals and how they mine them and is well worth the effort to visit if you are in the area.