Mintabie Opal Town, one of South Australia's famous opal towns, is to be permanently closed and its residents forced to leave within a year. The South Australian Government found many of the residents had been living there illegally. The ABC reports that Mintabie Opal Town was an access point for drugs and alcohol into the APY Community. (APY stands for Anangu Pitjantjatjara Yankunytatjara)

Mintabie is situated west of the Stuart Highway and is approximately 35 km west of Marla in South Australia. It is situated in an arid but very beautiful area.

The aboriginal people of the area were the first to mine opal at Mintabie and reportedly sold black opal at Coober Pedy around the time of the first world war. European opal miners also tried there hand at Mintabie but found the sandstone extremely hard and very difficult to mine using the early mining methods of digging with pick and shovel. There is evidence of their work shown in the form of tunnels and shafts opened up by later open cut mining.

Around 1976 heavy machines such as bulldozers and front end loaders were used open cut the sandstone. This proved a much better way of coping with the hard sandstone. 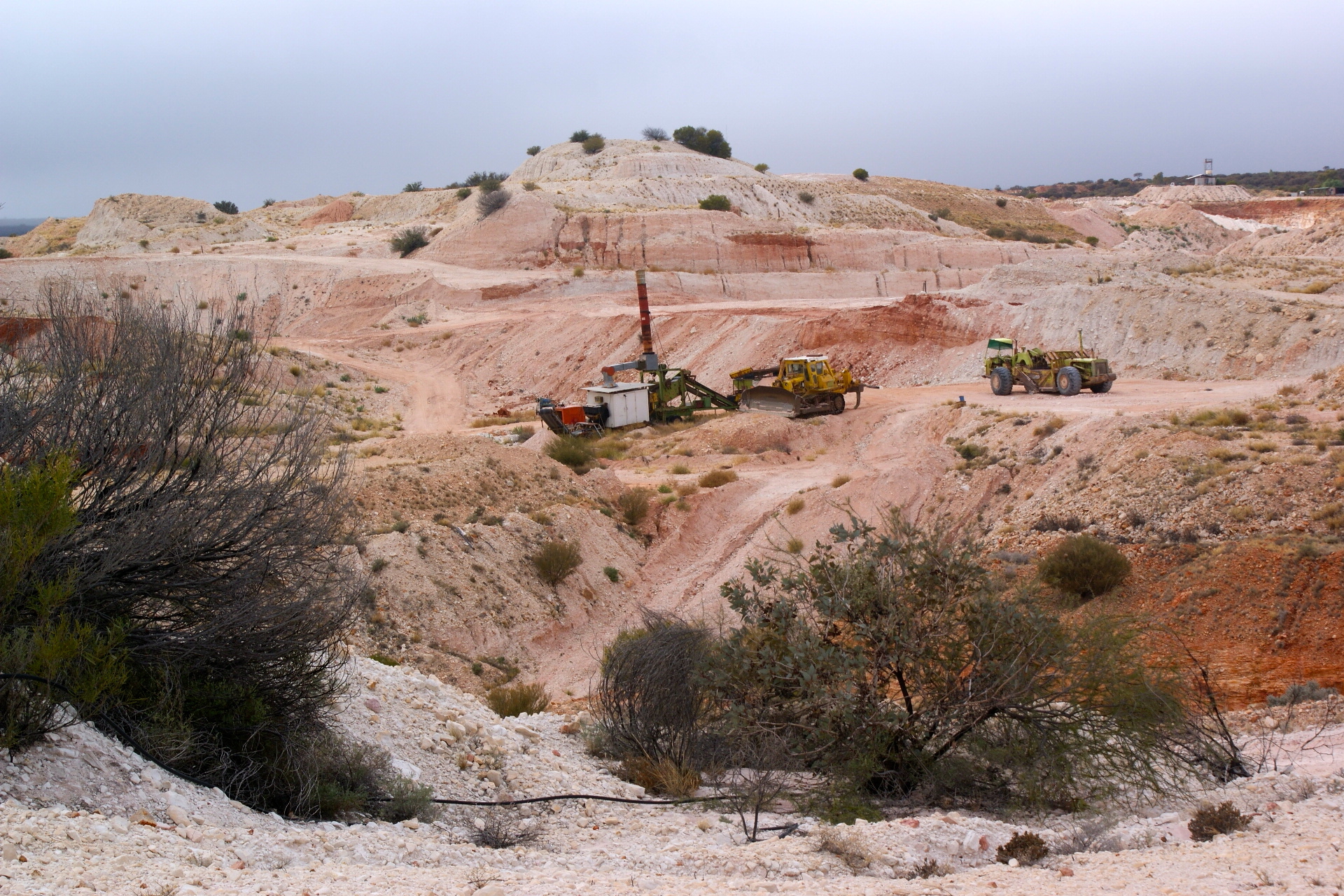 It was also around this time that the fledgling township of Mintabie was set up to cater for the miners and the local APY people.

In 1981 Anangu was awarded the freehold title to the land in the area after long, and often bitter, negotiations. There was a lot of opposition from the miners as they believed they had a right to mine there. As part of the negotiations the Anangu agreed to lease back to the Crown the Mintabie Township Area. At the time of the grant, many more miners rushed to the area.

In the lead up to the grant, a bill was presented to Parliament recognizing that opal mining would continue at Mintabie. This did not stop the miners from opposing it.

On 2nd October 1981 the Pitjantjara Land Rights Act came into operation. On that day the township was deemed to have been leased by APY to the Crown for 21 years.

Mintabie township today is a very small town in quite a rundown condition. There is a hotel, two stores, a school, a health clinic and airport but not much more. 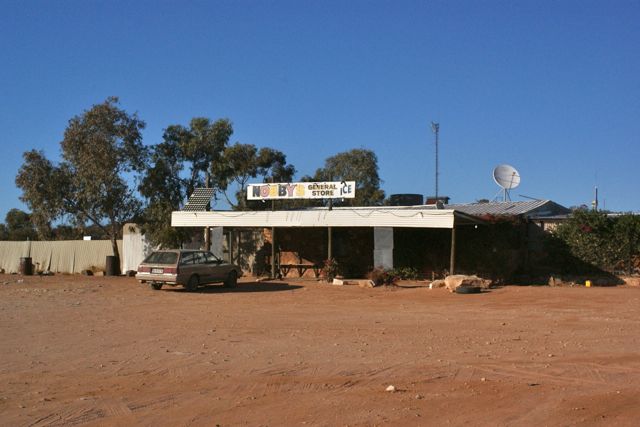 The store above is the one mentioned in the ABC news report. 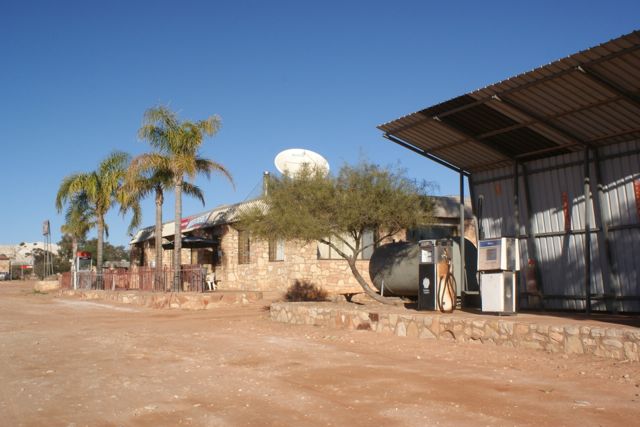 While the town does look rundown, evidence of the underlying problems that have forced it's closure are not that evident to the visitor, however Government enquiries have revealed that Mintabie has long been the centre of drug and alcohol trafficking to the local people. There has also been accusations of a local trader exploiting the local people by "booking up transactions". (See ABC Report)

These actions have now forced the closure of Mintabie which is a shame. These old opal towns are part of Australia's history which will never be repeated. Many people have visited Mintabie and had a great experience fossicking for opal or just admiring the unique scenery. 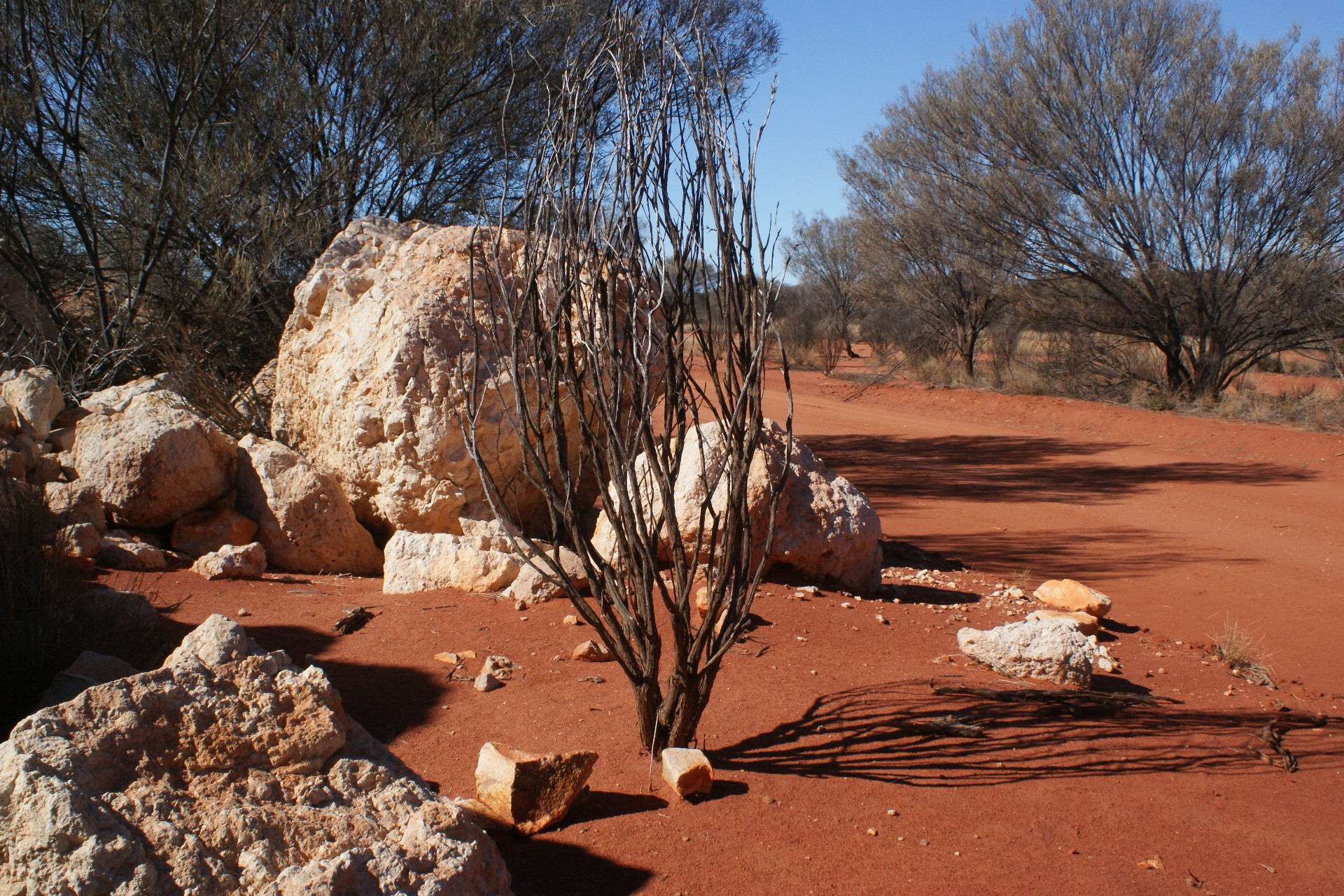 Now, because of the unconscionable behaviour of some, this pleasure will be denied. Let us hope some arrangements can be made to allow some form of access by the public to this historic area. In the past a permit had to be obtained to visit Mintabie. Maybe this can be retained to allow visits.

This post is presented to advise readers of the current situation as at February 2018.

More information can be read in the ABC news site "Mintabie Residents to be rushed out of town".

Truck Paintings from the Opal Fields